Employee car ownership schemes: are they a huge risk? 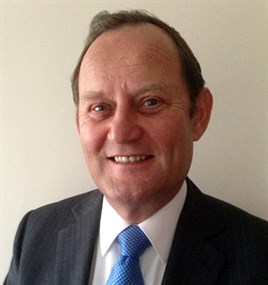 Jim Salkeld of Premier Blue warns companies to be careful when it comes to ECOS schemes.

Not many years ago HM Revenue & Customs dug deeply into the Employee Car Ownership Schemes (ECOS) that had begun to replace company cars in the UK, on the basis that some of them were really disguised company car schemes and blatant tax avoidance.  Those of us involved in any of the consultancy sessions in Westminster were left in no doubt as to what was acceptable and what wasn’t when it came to organised employee car schemes, and Tax Inspectors were provided with substantial guidance to seek out and punish those companies that flouted the rules.

The problem is that many employers and supply organisations are still confused as to what constitutes an ECOS and then how to avoid falling into any traps.  I know of at least one leading leasing company for example that is sailing very close to the wind with a Personal Contract Hire arrangement that could well be deemed a pseudo company car scheme and charged to BIK by HMRC accordingly.  If it were a properly organised ECOS then there wouldn’t be an issue but it fails some basic tests and will no doubt attract some unwanted attention.

So are these PCH arrangements ECOS?  Within the broad definition they are and must therefore meet the ECOS conditions if Car Benefit taxes are to be avoided.  The definition that HM Revenue & Customs adopt is: “…a set of arrangements whereby employees acquire cars from a specified, often single source and within a specified financing framework.”

ECOS is a complex area but some aspects are quite straightforward.  Tax Inspectors first look at the Car Benefit conditions to determine if a BIK arises, and the first of these is whether or not the car is provided “by reason of the employment” such as a company car.  ECOS clearly fall under this condition but another is avoidable if the scheme is set up properly.  This is the condition where the car is provided to the employee “without any transfer of the property in it”.  In other words the car must belong to the employee from the outset and is the reason why funding for employee cars under ECOS is done by Personal Loan or Credit Sale Agreement.  PCH clearly fails both of these tests.

Alastair Kendrick, Tax Director of MHA MacIntyre Hudson and ECOS expert agrees: “the tax legislation in respect of what constitutes a company car is widely drawn and over the years we have seen a number of attacks by HMRC on those who appear to exploit it.  If an employee is permitted to enter into a personal lease agreement with a lease provider which is promoted or supported by the employer then there is a risk of challenge from HMRC.  This would be the case when title to the vehicle does not sit with the employee.”

Such schemes can be extremely dangerous and any employer approached should be wary of the tax implications.  Alastair recalls a similar case he was involved with a few years ago where the employer made a 7 figure settlement to HMRC. “In regard to PCH it is a dangerous strategy.” “I would strongly suggest those looking to introduce such schemes take tax advice from a specialist and ensure they obtain HMRC approval.”

ECOS can be very useful in reducing costs to employers and adding value to employees, especially in a mixed or blended fleet strategy, but care must be taken to operate within the rules.