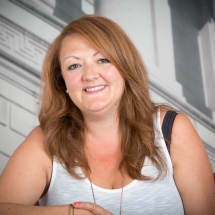 Many unaware and innocent motorists are becoming targets for highly organised criminal gangs who are linked to further organised crime such as firearms and people trafficking. The phenomenon of ‘Crash For Cash’ targets motorists with the intention of staging crashes in order to make significant profit from claims. This danger can have consequences; serious injury and in some cases death.

There are a number of different scenarios in which ‘Crash For Cash’ incidents can take place:

·         Ghost Accidents – This scenario consists of submitting paper-based claims which are fabricated and where no accident occurred.

·         Phantom Passenger Claims – Out of a genuine accident the fraudster will claim that there are numerous passengers in the car that was hit.

·         Staged Accidents – Two vehicles are deliberately crashed away from the roadside.

·         Induced Accident – Innocent drivers are the ‘at-fault’ driver. The criminal will pull out, slam the brakes on and be shunted from the rear. This will look like the innocent motorist was at fault as they did not observe the right of way.

Experts have claimed that this type of scam has cost the industry up to £392 million per year and it can be incredibly difficult to detect a scam. According to the Insurance Fraud Bureau (IFB), 74% of the UK population believe that these types of motoring scams are problem. Within the same investigation, 8 in 10 motorists are concerned about sustaining injury in a deliberately caused accident.

Dr Karen Lumsden at Loughborough University is currently in the preliminary stages of researching how Crash for Cash (CFC) scams are related to organised crime.

Lumsden explained that: “At present there is only anecdotal evidence which suggests that Crash For Cash is related to organised crime. ‘Crash for cash’ public awareness campaigns highlight the potential danger that these scams – particularly the ‘staged accident’ – pose to everyday motorists.

In this case, the risk of direct physical and psychological harm as well as economic loss to private individuals produces a clear category of victims, which can be clearly addressed and effectively mobilised in anti-fraud advocacy. Employing the example of ‘staged’ accidents, the public can be directly and powerfully addressed as potential victims and encouraged to adopt a strong no tolerance approach towards all manner of insurance fraud.

Victims of ‘crash for cash’ scams often also do not conceive of themselves in such terms, given that the perpetrators utilise road traffic laws and norms to their advantage. For example it is generally assumed that the motorist who drives into the back of another vehicle is at fault, as they have not left enough distance between themselves and the in-front vehicle to stop in time”.

How To Avoid Being A Victim:

The IFB recently set up a dedicated ‘Cheatline’ which is managed by Crimestoppers. Any suspicious insurance fraud activity can be reported anonymously free of charge on 0800 422 0421.