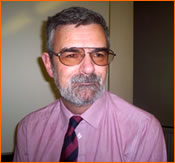 The case of a tired driver who crashed into two cyclists on the A30 in Cornwall, killing them both almost instantly is well worth careful consideration because it raises some important issues.

The driver, Robert Palmer, was a night time delivery driver for a logistics company and during the night before the fatal collision had been making deliveries around in an articulated lorry.

He apparently “mowed down” the two cyclists at around 8.30am because he was “exhausted” – instead of resting during the day he had been doing vehicle maintenance for his employer.

The Judge, Christopher Harvey Clark, was clearly unimpressed with Palmer’s behaviour as he had been continuously sending text messages and using his mobile phone prior to the crash which the Judge said was inappropriate, but the actual cause of the crash was that Palmer had fallen asleep at the wheel.

LGV drivers are subject to the European driver’s hours and tachograph regulations and the Working Time Directive, which both impose strict limits on a driver’s working hours.  These rules would have prohibited Palmer from doing vehicle maintenance work for his employer during the day if he was driving at night.  His employer had apparently failed to enforce these rules, which in itself is a serious offence.

The fact that the employer had failed to enforce the rules also leaves the company open to more serious charges, including Corporate Manslaughter, and quite possibly leaves individual managers and directors open to a charge of manslaughter.

If this seems a bit unlikely it is worth looking at the case of MJ Graves International. One of their drivers had worked an illegal 20 hour shift when he crashed into a broken down car on the A12 in Essex killing a motorist.

This case clearly shows that managers and directors can be investigated and prosecuted if they fail in their duties.

It is also worth looking at the Produce Connection case in Cambridge Crown Court.

In 2002, a worker employed by Produce Connection had worked a series of three 19-hour shifts when he drifted into the path of an oncoming truck while driving home in the early hours of the morning and was killed.  He was thought to be suffering from chronic fatigue and had fallen asleep at the wheel of his van.

Commuting to and from work was always regarded as being outside of working hours in the past, and therefore was not covered by any health and safety legislation.

The Judge said that the company had failed to properly monitor the hours its employees were working. This case predated the Corporate Manslaughter Act, but if it happened now it would be quite possible for the prosecution to claim that the company was negligent if it did not monitor and control its worker’s working hours.

The third case worth remembering is the Selby train crash. Gary Hart dozed off on the M62 motorway when driving a Land Rover and trailer and ended up on a railway line de-railing a passenger train which was then struck by a freight train coming in the other direction, killing 10 people including the two train drivers.

Hart who was sleep deprived having spent an excessive time on line on his computer the night before the crash, was prosecuted on 10 counts of causing death by dangerous driving and jailed for five years.

It is curious how obsessed we have become with the dangers of mobile phone use while driving, even when the cause of a fatal collision was clearly fatigue.

Even the Judge in a case of a crash clearly caused by fatigue commented on the fact that Palmer was using his phone before the crash even though it was probably irrelevant.

Driver fatigue is a very serious issue and is one that employers need to give serious attention to.

Research shows that over 300 people a year are killed in fatigue related crashes and it is increasingly likely that companies and even individual managers will face prosecution if they push employees to work excessive hours.

It is not just professional LGV and PCV drivers who are subject to driver’s hours rules.

Drivers of light commercial vehicles under 3,500 kg gross weight are exempt from the EC Drivers hours but are subject to the British Domestic drivers hours rules in the 1968 Transport Act.

Under these rules they can drive for only 10 hours a day and are limited to 11 hours duty so must have 13 hours rest in 24.

There are no requirements for keeping records if the van is under 3,500 kgs so the rules are widely ignored, but the records may well exist now that so many vans are fitted with telematics.

With telematics, hand held computer terminals, tablets and other systems in wide spread use and constantly collecting data, managers have no excuse for not knowing what hours their staff are working.

Before long there will be a successful prosecution for Corporate Manslaughter for a fatal crash on the roads, and when there is, it is likely to open the flood gates.

Managers and directors who fail to control working hours, mobile phone use, speeding, etc. are going to have nowhere to hide