Road safety: On your bike 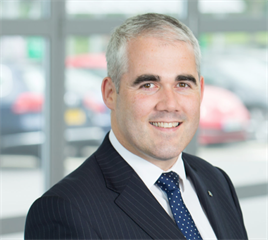 Patrick McGillycuddy, Head of Fleet at Skoda, talks about the Tour de France and the benefits of cycling for your business.

With the Tour de France about to embark on its ‘grand depart’ from Leeds on 5th July and amateur cycling at record levels in the UK, shouldn’t more employers be encouraging staff to stay fit?

The latest stats from British Cycling, the national governing body for cycling in the UK, show that in the past nine months 132,000 more adults are riding at least once a week, bringing the total number of regular cyclists to 2.1 million.

Many of these people have been inspired by the achievements of high profile cyclists such as Sir Bradley Wiggins and Ed Clancy.

For businesses the advantages of healthy workers are obvious. Employees that are fit are less likely to be absent plus those employees that exercise will also have more energy at work.

A US study carried out last year, also found that healthy staff also took fewer days off to care for relatives because more often than not a healthy lifestyle becomes a family-wide trait.

Some studies have put the increase in absenteeism for overweight workers at more than 50% higher than the average.

Introducing a healthy worker scheme also works well within a business’ corporate social responsibility programme. Indeed, the Business Council for Sustainable Development defines CSR as the continuing commitment by businesses to behave ethically and contribute to economic development while improving the quality of life of the workforce and their families as well as of the local community and society at large’. It’s the part about improving the quality of life that’s relevant here.

There are also specific advantages to drivers of enjoying cycling as a way getting fit.

Some say it’s a ‘them and us’ situation between cyclists and drivers, but in reality this isn’t the case. What is true is that cycling gives drivers a much better awareness of their fellow road-users. In turn this not only makes them fitter and therefore more likely to live longer, but it also makes them safer drivers – so they’re also likely to live longer.

If you get the chance to see any of the Tour de France over the next couple of weeks, either in person at one of the many UK stages, or on TV, then why not go that step further and encourage staff to get on their bikes. Your business may just do better as a result.