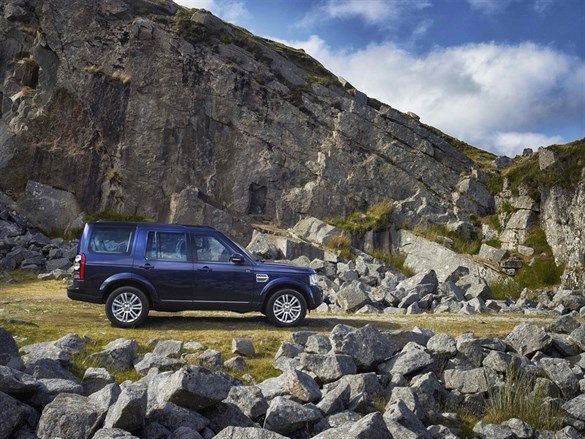 If the vehicle we now call the Defender defines Land Rover’s off-road ability, the 2014 Discovery is the epitome of everything Land Rover is capable of in a single vehicle.

Revised for 2014, you’d be forgiven for thinking this vehicle wasn’t too far removed from the Discovery 3 launched 10 years ago.

Initially wearing a Discovery 4 badge until the 2014 facelift, this version of the winner of the best all-round 4x4 category in the Fleet News Awards has many subtle changes making it a finely-honed example of what’s good about Land Rover.

It receives a new look, new fuel-saving technology, new audio systems and a new range of driver assistance, comfort and safety features.
The grille, front bumper, and headlamp design are new, with a different daytime running light LED signature, while the name Discovery replaces Land Rover on the bonnet.

The 256hp SDV6 3.0-litre engine remains the same, with its monstrous 443lb-ft of torque at 2,000rpm, but Land Rover is now offering improved fuel economy thanks largely to use of the acclaimed ZF eight-speed automatic transmission, replacing the previous six-speed automatic gearbox.

The Discovery’s official fuel economy is now 35.6mpg on the combined cycle, while CO2 emissions are reduced from 230g/km to 213g/km. This is irrelevant as far as this year’s benefit-in-kind tax bands go, but the figure is competitive with other authentic 4x4s of this size that use four-cylinder diesel engines.

Our HSE test car is well equipped and has a long list of standard equipment. Then again, at this level it is priced at £53,000.

But Land Rover has managed to make it feel like a luxury car, despite the lack of Range Rover badges.

The Discovery offers a level of comfort and refinement unmatched in this niche of four-wheel drive cars with genuine off-road ability.

The interior design and materials make the Discovery stand out, and customers also get one of the roomiest seven seaters on the market should the priority be carrying people rather than equipment.

The smooth-shifting eight-speed automatic transmission helps the 2.5-tonne Discovery hit 60mph from rest in less than nine seconds, and while the high centre of gravity prevents too much enthusiasm when cornering (if that’s the priority there are many other large SUVs that sacrifice off-road ability for on-road performance), it never feels really out of its depth.

To suggest the Discovery could be all the car anyone would ever need is in danger of diminishing how accomplished the car is at performing most duties. It really is a class act.