How can I reduce the costs of my insurance claims?

1 Claim fast (part one) Mike Smith, commercial motor technical manager at Aviva says: “The average cost of bodily injury claims is increasing by 30% every year. Ensure drivers report claims, especially fault claims involving third parties, immediately. It really is case of every hour counts.” In cases of injury, insurers often even have preferred doctor and rehab arrangements, where costs can be controlled.

2 Claim fast (part two) Even in non-injury cases, third parties can be given expensive credit hire vehicles which are then charged back to your insurer. The sooner you claim, the more control insurers have over costs.

4 Be honest and encourage drivers to be honest Tim Carding, underwriting director at Towergate Underwriting Transportation, says: “If you are at fault say so. The longer you fight a battle you know you’ll eventually lose, the more it costs.”

5 Tracking can help with this speed as well as duty of care Rob Paddock of Commercial Group says when one of his vans had a collision: “I was there before the police were because the tracking pinpointed it to a couple of yards.”

How can I reduce my fleet insurance premiums? 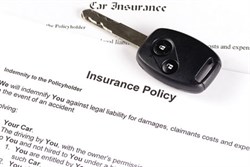 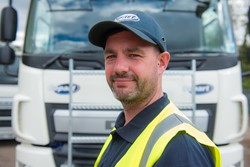 Copart UK has launched a Transportation App, which aims to improve the speed of total loss decision-making for its insurance customers.