What options should I choose to add value to my car?

Fleet News spoke to Mark Norman from CAP for advice on what were the best options to choose. He said, as a general rule, that you should not expect to see any return on the investment.

Norman says white has become fashionable and now the few white cars that go through auction are in high demand. “White used to be associated by police cars,” ha said. “Which was one of the reasons it used to be unpopular, but now most police cars are silver.” There is no hard and fast rule about a particular colour being the best because it depends on the car. Norman says flat black is usually the best return on investment because it doesn’t cost any more than other solid colours, but one thing to be wary of is that black paint is notorious for showing its age.

Generally good alloy wheels will be attractive on the used market, according to Norman. If you spend up to the value of £500 on the cost of an upgrade on a new car, you’re likely to see a £200 premium on it as a used car compared with a steel-wheeled model. However, if these become badly scuffed, all of that potential premium might be spent on having them refurbished. Larger wheels are also attractive and it’s common practice on a lower medium car perhaps to upgrade from 16 inches to 17 inches, but there are SMR implications when doing this. Tyres on 17-inch wheels will be more costly to replace than those on 16-inch wheels. When a manufacturers offers an alloy lookalike in place of a steel wheel with plastic covers, such as Vauxhall with its ‘structure wheels’, this is often as desirable as an alloy wheel on the used market.

These are not worth a great deal on the used market although if a car is likely to be sold to a more mature customer where mobility issues come into play, they might make a car more desirable. However, there are some good aftermarket systems that cost from about £50 that do the job just as well. It may be worth remembering that choosing parking sensors might also avert low speed dents and scrapes that would require smart repairs. 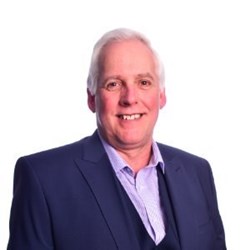 Cap HPI has announced that Andrew Mee is retiring at the end of the year after having spent the past seven years with the firm.

Used car values have been dropping after a summer of strong growth, but the change in prices is not the result of the current lockdown.