It’s best known for its roadside assistance, but The AA is well aware that to prosper it needs to be valued for a whole lot more, Jeremy Bennett reports.

Going the extra mile to provide ‘heroic service’ is how The AA describes its approach to customer service.

And this is the case whether you are stranded on the A432 close to Bristol – or in Norway on the edge of the Arctic Circle.

It was the “anywhere, anytime capability” of this 112-year-old business that continues to innovate and expand its services to private motorists and fleet customers that the judges recognised in awarding it the Customer Service Award.

The AA is the UK’s largest breakdown provider and is a long-standing fleet supplier in the UK motor industry.

Through its manufacturer contracts it services 65% of all new vehicles sold in the UK as well as providing support to a number of FN50 leasing companies.

Its average small-to-medium enterprise (SME) customer is retained for around 10 years, while overall retention is 82%. SMEs make up 32% of The AA’s fleet book.

An instant customer feedback score is recorded at the roadside once a vehicle breakdown has been dealt with and satisfaction is “consistently above 97%”.

But a dedicated business support unit is on hand to resolve the 3% of cases where things have not gone as they should.

The AA is acutely aware of growing levels of customer service expectations – the more you measure and publish it, the more people expect to see it at high levels and always improving.

So in 2015 and 2016 it has spent £140 million on core systems such as customer relationship management and call handling, including enabling greater digital interaction with customers, while accepting many will use a phone to make contact with The AA in the first instance.

The AA also launched a multi-fit wheel for fast puncture repairs. It is now planning to roll out an app to fleets which will deploy a breakdown service with a touch of the screen.

Already available to private drivers, it also offers a variety of driver-related functions, from route planning to finding the cheapest fuel and parking spaces.

And in 2016 The AA won the breakdown contract for the UK’s largest leasing company Lex Autolease.

“It saw in us the service delivery, driven by basic facts such as having more vehicles on the road, we operate using our own proprietary systems, we deliver our resources to a breakdown more often than our competitors and have a can-do attitude towards our customers,” said Stuart Thomas, head of fleet and SME services.

He and Kirsty Pendleton, head of SME marketing, talked to Fleet News. 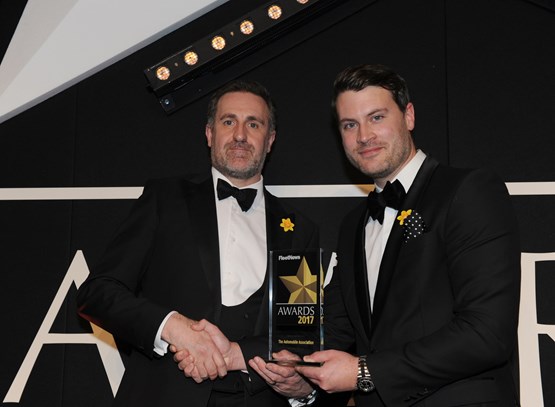 Fleet News: Innovation is key in The AA. But where does innovation come from within the business?

Stuart Thomas (ST): It comes from throughout the business. Operationally it can be from the breakdown crews or from customers at the roadside.

Our Fuel Assist service (replacing the wrong fuel in a car and getting it restarted) was customer-led. But we always ask ourselves what don’t we fix at the roadside – or what happens if we can’t?

The multi-fit tyre came about this way, providing interchangeable hub and studs for 90% of cars that don’t carry a spare.

We also have a membership services team tasked with looking at developing services for the private and fleet customer. For example, it set up the vehicle inspection service for BCA, involving about 250,000 vehicles per year, plus the MotorCodes inspection service.

FN: How is The AA moving from handling a crisis, a breakdown, to being able to prevent it – from diagnostics to prognostics?

ST: For drivers, the Car Genie service (a device plugged into a car’s onboard diagnostic port that highlights faults, checks the battery, vehicle location and crashes via alerts to a smart phone) is an example of this approach.

Kirsty Pendleton (KP): Ten thousand members of the AA were given Car Genie in a trial and a couple of customers are using the corporate version, AA Fleet Intelligence (a joint venture with TrakMate).

The vast amount of data is proving invaluable in seeing how it correlates with breakdowns and the instances of fault codes. We can predict and potentially prevent more breakdowns.

At the moment, a third of the data can be passed to a fleet manager or a driver – take action now and you can avoid a problem. It could be fault code related or battery drain, for example.

But we don’t swamp fleets in data, we single out the information they need to know now.

Prognostics is transformational – shifting the focus from being there in an emergency to preventing the emergency.

FN: How will this change the way you present the business to fleet customers?

KP: We don’t think of ourselves as a breakdown organisation – or the fourth emergency service necessarily.

We’re an organisation that keeps you moving. And we do that through interacting with fleets much more than at the roadside.

Our other services include car hire, telematics services, route mapping and interacting with downtime management systems with the biggest leasing companies.

We’re meeting the need to be a much more end-to-end, holistic business. Longer-term we’ll be much less relevant if we are only seen as roadside rescue.

FN: What are the biggest challenges for fleet managers?

KP: We’ve just published research, with BT Fleet, the Operational Fleet Insight report, looking at the issues preying on the minds of operational fleet managers across a number of sectors.

There is a lot of emphasis on alternative fuels and the prospect of diesel being phased out. A number of fleet managers revealed they weren’t fully aware of the costs of vehicle downtime.

ST: Among mid-sized fleets there is a lot of confusion around Government policy – the green agenda, electric versus diesel, the impact of Brexit and tax regime clarity.

But the report reveals a consensus that new technologies can provide greater efficiencies in logistics and long-term cost savings with the use of detailed telematics.

We will give practical advice to support decision-making. We have a duty to provide thought leadership to ensure decisions are made on a factual basis, not a knee-jerk one.

FN: The percentage score given at the roadside of satisfied drivers is above 97%. How do you respond to those who are unsatisfied?

ST: A negative response goes to an outward bound team – the service lab – that calls the customer and then passes the issue to the business support team to investigate and report back with a solution or a fix.

Some mistakes are down to human error, sometimes systems-based and others situational – we can’t be there when expected because a motorway is blocked, for example.

FN: How important is the roadside interaction with drivers to developing the business?

ST: It’s the foundation. If we weren’t good at it, nothing else would matter. And it gives us the right to talk about everything else we can work with our customers on.

A patrol will always consider the needs of the driver at the roadside, often going beyond the terms of conditions of the fleet contract, which we can resolve later.

A standout example of The AA’s customer service, noted by Fleet News judges, involved the rescue of the minibus close to the Arctic Circle in 2016.

Nicola Hackett, business development manager, said: “One of our largest customers had decided not to include European cover in its contract.

"In January one of its minibuses broke down in Norway. We attended in around an hour and a hire vehicle was provided.

"Following diagnostic work it wasn’t clear if the fault could be claimed under warranty, but regardless, we covered the cost of retrieving and repairing the vehicle as well as the cost of the courtesy minibus.”