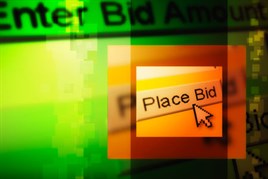 Local government organisations don’t have to use this service, although GPS claims that many do.

The reason for the mandate is to combine central government fleets’ significant buying power (30,000-plus vehicles) to negotiate huge savings on price.

GPS says that in the last financial year it saved more than £32 million for public sector fleets through its framework agreements (essentially pre-tendered contracts), including £1.8m via e-auctions.

An e-auction is an online auction with manufacturers bidding against each other in real time to offer the best price on vehicles, which will then be supplied to participating public sector organisations.

There are a number of lots – typically 10 to 12 – for different vehicle types, for example, medium-sized hatchbacks or panel vans.

The manufacturer that offers the best price for those type of vehicles at the end of the bidding wins that particular lot.

A specification has been agreed for each vehicle type (cars, light commercial vehicles and 4x4s) by the central government technical board “following extensive customer engagement to ensure operational needs are met effectively”, according to GPS.

If a central government fleet has a specialist vehicle requirement outside the agreed specification it doesn’t have to use the e-auction.

Instead it can run a mini competition or a direct award to one of the manufacturers on the GPS frameworks. (For more on frameworks visit www.fleetnews.co.uk/frameworks/)

Three e-auctions for fleet are held each year in February, July and November.

Public sector fleets don’t have to pay to take part but suppliers do.

The commission they pay is used to fund GPS activities.

The main advantage of procuring vehicles through e-auction is the sizeable discounts that can be achieved.

As the manufacturers’ starting bids have to at least match the terms offered on the framework agreements, the public sector fleets are guaranteed to achieve those savings, if not greater.

“The e-auctions are effectively driving more than you would get off the framework agreement,” says Dale Eynon, head of fleet operations at the Environment Agency.

GPS says that the £1.8m of additional savings (over and above the standard framework terms) achieved in 2011/12 via e-auctions were for just seven central government departments and public sector organisations.

It believes the savings could be much greater if more public sector fleets participated.