Fleet in focus: University of Birmingham 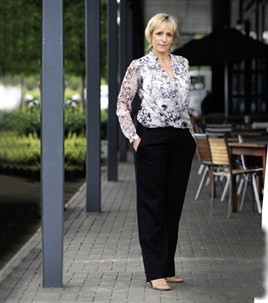 The University of Birmingham’s environmental claim to fame is that four years ago it became the first fleet to run hydrogen, electric and diesel vehicles concurrently.

The university’s first electric vehicles vans were outright-purchased and it took the hit when there were maintenance problems – one vehicle was off the road for almost six months, waiting for a part – and it faced replacement battery costs after the two-year battery warranty was up.

You might have expected the university to turn its back on electric vehicles but it has done the opposite, pledging that 40% of its fleet of 98 vehicles will be electric or hydrogen by 2020 – although it plans to lease rather than purchase the electric vehicles so the maintenance risk sits with the leasing company.

“We feel the industry is changing,” says Guise. “Manufacturers are offering up to eight years’ warranty on the latest models and because of that leasing companies are more comfortable taking the risk and that’s made it more affordable and more manageable for us. We’ve not had any issues with the recent electric vehicles – they’ve been fantastic.”

A new addition to the fleet has been the Nissan e-NV200 pure-electric van, which Guise first drove at Fleet News Company Car in Action. It has been put into service as a postal vehicle delivering mail across the Edgbaston campus.

Within a week of operation, Guise was so impressed that she placed an order for second one, bringing the total number of fully electric vehicles to 11.

As the delivery vehicles clock up low mileage, electric is preferable to diesel.

“The big issue we had with diesel vans was the diesel particulate filter,” says Guise. “It meant that although the vehicles only travel 50 miles a week we had to take them out for a 20-mile run every two weeks to clear it.”

The fleet department operates like an internal leasing company, enabling it to influence choice.

“The departments come to us to procure their next vehicle,” Guise explains. “We try to make electric vehicles the first choice.”

It costs the university around £1,000 more (including VAT) to lease an electric vehicle compared to a combustion engine vehicle over five years and 25,000 miles but the fuel savings mean that on a wholelife cost basis the numbers add up.

The university has bought into the idea of electric vehicles for environmental and air quality reasons and because it has a direct impact on its funding from Government – its carbon management plan helps it qualify for additional funding from the Higher Education Funding Council. It also helps it to attract students.

“Students are really savvy about that,” says Guise. “In the league tables now there is a line for sustainability and it’s been proven that students will look at a university’s sustainability before choosing to go there.”

The University of Birmingham has 34,000 students and more than 6,000 staff and is the only university in England to have its own train station on campus.

“We’re looking at the demographics of where people live, how they get to the university and how we manage that,” Guise says.

The university already has a travel plan and car-sharing scheme in place and Guise’s aim is for public transport to be the first port of call.

Sustainable travel is an interim role as a member of staff is on maternity leave and much of Guise’s time is spent running post, portering and transport services.

“We run the fleet and we run the services very much like a council,” she says.

There are 30 members of staff, including a team of administrators to manage the university’s 2,500 external hires.

The role draws on Guise’s early transport career at Nightfreight, where she de-briefed drivers at the end of their shifts before moving on to work in sales, customer service and finance management.

“Before I started at the university I had an all-round experience of how the transport industry works,” she says. “I understand the issues around delivery times and the challenges drivers face.”

The transport team includes three transport assistants, who are all advanced drivers. As well as delivering post, the department is responsible for transporting high-profile guests and delegates.

Back in 2012 the university hosted the Jamaican track and field team, including Olympic 100m champion Usain Bolt, and next year it will play host to the South African rugby team for the World Cup.

“Our drivers are chauffeur trained; we need to make sure drivers reach that benchmark,” Guise says.

The transport assistants are rarely in the same vehicle more than three times and are used to jumping into hydrogen fuel cell vehicles, electric vehicles, diesel vehicles and 7.5-tonne vehicles.

The electric vehicles are also driven by electricians, environmental services and IT services staff.

“We have found that as soon we’ve get someone in the vehicle they buy into it,” Guise says.

The accident rate for electric vehicles is 50% lower than the rest of the fleet, which Guise attributes to drivers being more careful as the vehicles are quiet.

“We have cover with the RAC but we’ve never run out of charge,” she says. “I’ve driven to Warwick and back and got a little bit sweaty as I’ve come back but never run out.”

The university has four charging points on campus which were funded through the Cabled project.

In four years they have only been used by members of the public twice, although they are frequently used by the fleet team.

“The cars we have on campus do 15,000 to 20,000 miles a year,” she says. “They belong to student recruitment or they are security vehicles that operate 24/7.  That’s not to say we won’t look at electric cars in the future.”
In fact, Guise hopes that the university’s new salary sacrifice car scheme (see panel) will encourage employees to take an electric car.

As for hydrogen, Guise is awaiting delivery of the latest-generation Microcab. Its development has leaned heavily on feedback from the University of Birmingham, which operates five Microcabs for postal deliveries and refuse collection around campus.

Guise acknowledges that hydrogen infrastructure is “a real challenge”, although less so in the Midlands.

The university has its own hydrogen refuelling station, which is managed by the School of Chemical Engineering. There are other considerations, however.

“Our new Microcab will go across the open highway, which means we need to notify the local councils and the local fire services so they understand what to do in the event of an accident,” says Guise.

“We’re working with Birmingham City Council to see if we can better manage that. As a fleet manager, it isn’t ideal if every time a vehicle goes out you’ve got to ring to say it’s going to be in the area.”

It’s simply another price she has to pay for being an early adopter.

The University of Birmingham is launching a car salary sacrifice scheme, with vehicle emissions capped at 120g/km, to tackle its one million grey fleet miles.

Provider SG Fleet uses a novated lease, which means that the university won’t be left with cars should an employee leave before their contract is up.

“We’ve got a model to manage the risk to the university while giving employees some valuable cost savings,” says Monica Guise.

A report has identified that of the university’s 6,000 staff, just under 4,500 are eligible for car salary sacrifice and Guise is targeting a 10% take-up in the first year.

“It’s all about marketing,” she says. “We’re running workshops with SG Fleet because we want to make it as easy and simple for staff to understand as possible and we’ll be going round the colleges every month to raise the profile of the scheme.”