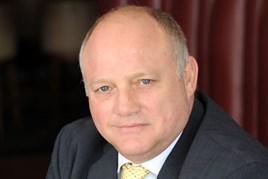 Ewen concedes that in the absence of alternatives he may have to consider diesel vans.

The company does already operate 20 diesel vans but only because the drivers work where LPG isn’t readily available.

The car fleet is a different matter.

“We run diesel cars because of the tax situation for drivers,” Ewen explains. “They don’t have to pay tax on the LPG conversion costs but they would have to pay more tax on an LPG car than a diesel because the CO2 is higher.”

Car drivers are restricted to Citroën (see panel, below) with a CO2 emissions cap of 120g/km.

“We said here’s the maximum CO2, here’s the minimum mpg and that along with the lease cost gave us a wholelife cost,” Ewen explains.

“We were looking for the most cost-effective way of doing things.”

It also wanted to beat the target the European Union set car manufacturers. “We achieved that a couple of months ago,” Ewen says.

“We still have a few cars with higher CO2 emissions but once they change our average emissions will come down significantly.”

Ewen’s other aim is reducing mileage. Average annual mileage on vans has already come down from 20,000 to 16,500 thanks to better scheduling and getting drivers to “work smarter”.

Now Ewen intends to trial telematics to see if further efficiencies can be achieved. Lowering the mileage has also helped Clear Channel UK to extend replacement cycles from four to five years.

“The extra year costs us 10% more in maintenance costs but the lease cost is 15% cheaper,” Ewen explains.

“I’d like to hang on as long as we can – by our fingertips – until a petrol van or petrol hybrid van comes out,” Ewen says.

“I really think diesel is not the answer.”

Before Clear Channel UK signed a solus-deal with Citroën in 2009, company car drivers could have any vehicle that fitted within their allowance.

“It was a nightmare doing grade lists,” says Ewen.

“For example, someone might be entitled to a BMW 3 Series one month, but then three months later someone else would come to order one and they wouldn’t be entitled because the quotes had changed.

“With solus we don’t have to worry about that as much.”

Citroën won the tender because it was able to offer low CO2 emissions and a full model range, including people carriers.

“If we’d carried on doing things the way we were we calculated it would have cost us £380,000 over a four-year period,” Ewen says.