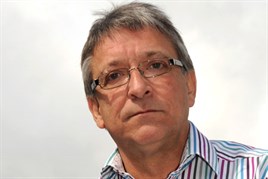 A blend of in-house fleet management and outsourcing is helping Home Retail Group to rein in cost while improving safety.

The fleet team of five is responsible for “managing rather than operating” the 1,386 company cars, says fleet manager Peter Weston.

This approach has had some notable successes, the most eye-catching of which is the pence per mile operating cost on the Home Retail Group company car fleet which has remained unchanged for the past 17 years.

Data from FSG shows that average maintenance costs per company car have reduced by £67 a year.

Taking inflation into account, this equates to a saving of £427,329 in maintenance costs last year – a 40% reduction in real terms.

Weston refers to the ppm rate as “stunning”. He puts it down to the long-lasting and transparent relationship the business has with FSG.

Vital are the processes FSG has in place, such as authorisation for all maintenance work before commencement and a fixed price policy with its garage network.

“They spend our money like it’s their money,” Weston says. “We have an open relationship and we can trust them implicitly.”

Despite this, FSG, like all of Home Retail Group’s key supplier partners, is officially benchmarked at least every two years, while informal comparisons take place on an ongoing basis.

The combination of Home Retail Group’s in-house risk management programme and TAM’s post-accident controls has helped the company achieve a low average cost per incident of around £670.

It has also increased the distance between accidents from 33,000 miles to 54,000 in the past year.

The risk management programme was developed by the fleet team specifically for the business using the best elements from other safety schemes.

It manages company cars drivers, hire car, grey fleet and occasional users in the same way. Around 12,000 drivers are registered on the database.

No-one using their own car for business can reclaim mileage unless they have submitted their licence, insurance and MOT documentation.

Hire cars must be used for any round trip that is more than 100 miles; below that and it is not cost-effective, Weston says.

Home Retail Group’s car fleet is split 50-50 between perk and job need, which is defined as 10,000 business miles a year.

Those entitled to a perk car are also offered a cash alternative; around 400 take it, although this number has fallen recently.