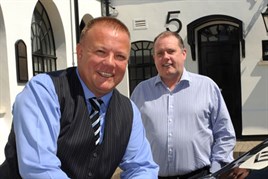 The reasons why a particular manufacturer makes it on to any fleet will be wide and varied.

Running costs will be a key consideration for many, while desirability, image and brand will also play their part.

However, when it came to a London-based executive car hire service, customer expectations and environmental concerns helped shape its choice.

London Executive offers a round-the-clock premium chauffeur-driven car service and has a 454-strong fleet that services 3,500 high-profile accounts across the capital, ranging from merchant banks to media companies.

It will take delivery of 32 Mercedes-Benz E300 Bluetec hybrids next month as it begins replacing all of its existing E-Class fleet with the new hybrid; a process which is expected to be completed within the next two years.

The switch is expected to help cut the company’s fuel bill by an impressive 25% and, with the company clocking up around 15 million miles per year resulting in a fuel bill in excess of £2 million, annual savings should run into hundreds of thousands of pounds.

It’s easy to see how those potential savings could be achievable when you compare the fuel efficiency of the E220 to that of the hybrid E300.

The E220 has an official urban fuel economy figure of 49.6mpg versus the hybrid’s 68.9mpg.

For many fleets when service, maintenance and repair and depreciation are accounted for, the savings wouldn’t be so clear cut. In fact, the cost per mile of the hybrid is actually more expensive than the company’s existing E-Class cars.

However, with the vehicles spending the majority of their time in and around London, the diesel-electric variant with its stop-start gadgetry and ‘sailing’ mode, whereby a tap of a lever puts the transmission into a special coasting mode that shuts down the diesel engine, is expected to reap even greater rewards.

Choosing a hybrid hasn’t been plain sailing for London Executive though.

Its first foray into the hybrid market several years ago did not have the desired effect and saw the company go back to the drawing board.

It had added 30 Toyota Priuses to its fleet in an effort to meet a growing need from clients to provide an environmentally-friendly transport choice.