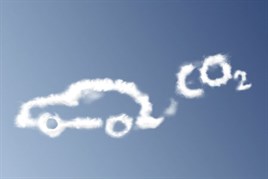 We’re told that being ‘green’ can help fleets save money, so it follows that choosing the greenest vehicles should result in reduced running costs.

But this is based on the assumption that all fleet costs are mainly dependent on the cost of fuel.

Rising pump prices have seen fuel become an increasingly large component of fleet costs, but in most cases it will remain secondary to depreciation.

However, it is a fact that the lower a vehicle’s CO2 emissions, the less fuel is being burned.

But simply looking for the lowest CO2 in a vehicle’s range could result in higher overall costs, as these vehicles sometimes include extra technology to achieve their impressive emissions and official fuel consumption figures.

Getting your sums right is crucial, not only because of the impact on the vehicle’s running cost calculation, but also on the driver’s tax liability and employer’s Class 1A National Insurance contributions.

For example, Ford’s low CO2 version of the Fiesta, the Econetic, is offered only on the 1.6-litre diesel engine.

CO2 emissions in benefit-in-kind tax in the current financial year start at 95g/km for the lowest emitting conventional cars.

It means the 87g/km Ford Fiesta Econetic falls into the 13% BIK tax bracket, including the 3% diesel surcharge.

Combine this with the £1,300 P11D price premium of the Econetic, and the 1.4 TDCi works out less expensive in every area apart from fuel costs.

Sometimes vehicles that are almost identical with the exception of the extra technology to minimise CO2 emissions and fuel consumption can illustrate that choosing the ‘greenest’ example isn’t always the most cost effective.

It carries a P11D price premium of £800 over the standard 1.6 HDi, and in the example looking at the SR grade, the standard car works out less expensive for depreciation, offsetting its higher fuel cost.

On the other hand, the fleet operator providing the car could lose out over the lifecycle of the vehicle from a slightly higher Class 1A National Insurance contributions and higher Vehicle Excise Duty, while the driver of the standard car would also face a slightly higher BIK tax bill.