In the spotlight: ICFM 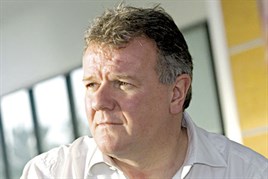 The fleet manager’s role in the early 1990s, when the Institute of Car Fleet Management (ICFM) was founded, was markedly different to today.

Roddy Graham, its current chairman, recalls: “In those days the fleet manager was generally seen as someone who spent most of his time on jollies and who drove a wide selection of freebie demonstrators from motor manufacturers who had endless marketing and entertainment budgets.”

The industry was seen as “fairly basic” and “lacking in recognised professionalism”.

It was a situation that David Lee, then fleet manager at John Laing, wanted to change.

He bemoaned the lack of training to Mike Gunnell, the-then editor of Fleet News, when they were delayed at an airport in France back in 1992.

The following week a piece appeared in Fleet News, calling for recognised qualifications for those working in car fleet management.

The late Peter Moxon and Alan Myers, of McKenzie Myers, took up the mantle and rounded up a number of fleet managers to found the ICFM.

Moxon was its first secretary while Bill Siviter was elected chairman

Lynn Eldridge was employed to administrate all the activities while Steve Hook started developing an education and training framework, later supported by James Langley.

“We had no funds,” says West. “We just had an idea and a few enthusiastic people that allowed it to get off the ground.”

The ICFM has since gone on to train more than 850 people, many of whom are Fleet News award winners.

Graham believes that the role of today’s fleet manager makes training even more important than when the ICFM was founded.

Their knowledge needs to cover legal and contractual issues, health and safety, and the environment to name but a few areas.

“With such a massive range of skills required, it’s little wonder that most fleets will outsource some, or all, of their fleet requirements to specialists,” Graham says.