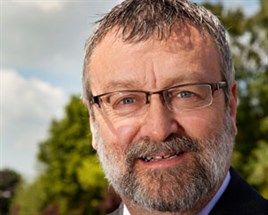 What is your biggest achievement in your current role?

Restructuring the Road Haulage Association during a severe recession so that we are well placed for the future.

My father, who instilled a common sense work ethic in me.

The dream was always to fly by Concorde to Rio at Carnival time. The energy of the event seems amazing, but sadly the flight is no longer available.

When was the last time you used any form of public transport?

Early August, travelling from Edinburgh station to my hotel.

Sort out Britain’s transport infrastructure, both road and rail.

A beautiful house on St Hilda’s Terrace in Whitby – because I can and I want to.

Graham Hill. He was a bit of a playboy and a great racing driver.

What was your biggest mistake in business and what did you learn from it?

I once had an opportunity that I missed because I was too slow in making a decision. Now I don’t hesitate and take a risk if I need to.

Respect yourself, be true to yourself, but, most of all, enjoy yourself.

Catch-22. A fantastic anti-war book that is totally hilarious.

The freedom to spend all day riding my bike all over the place.

Chateaubriand. The best steak anyone can ever eat – to be shared with a good friend.

When I had a bonfire and covered a neighbour’s barbecue in ash.

You are going to a desert island – what three things do you take with you?

A Kindle fully loaded with books, a quad bike (with fuel) and an ice maker.

What has been the pivotal moment in your life?

Joining Ringways Garages in Leeds. I became a grown-up after a few wasted years and learned how to sell effectively – a skill that everyone in business needs, whatever their job might be.

What is the one object you couldn’t live without?

If you could work in another profession what would it be?

Running a Formula One racing team as well as Ross Brawn.

A tantalus when I left the Freight Transport Association.

Nuts and bananas. I’m not a monkey.

Which superhero from comics would you most like to be and why?

Superman. I could then stop crime – particularly violent crime.

What is your guilty pleasure?

Jack Daniels over lots of ice.