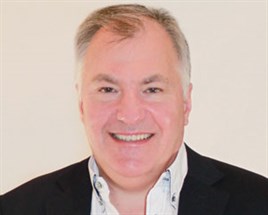 What is your biggest achievement in your current role?
Winning new business in a new environment. It’s been a real challenge and I am pleased to be seeing some good results.

Who has had the biggest influence on your career?
Me!

What’s your dream holiday?
Just spending a long weekend in Spain where I can relax, sit in the sun and eat late. It’s the best way to unwind.

Who was the last person you received a text message from?
My wife: “Where are you?”

What is your favourite sitcom?
Some Mothers Do ‘Ave Em. They don’t make them like that anymore. Even after all these years, it still makes me laugh out loud.

What is your favourite film?
Dirty Rotten Scoundrels. It’s set in the south of France, features Michael Caine and Steve Martin, and is very funny.

When was the last time you took public transport and where were you going?
A train to London for the Fleet News Awards. I like driving but I also like the relaxing aspect of taking the train.

What is the first thing you would do if you were made Prime Minister for the day?
Sack the cabinet!

If you won the lottery, what would be the first thing you would buy and why?
I’ve got most things that I want. I’d buy youth if you could purchase it.

What was your biggest mistake in business – and what did you learn from it?
Always saying how things really are. I learned that it can get you fired.

What is your best childhood memory?
Being on a beach in the south of France. The sun is out and I’m playing in the sand.

What is your favourite restaurant dish?
Bouillabaisse – a traditional Provençal fish stew – again in the south of France with rosé wine in the summer.

What is your favourite book?
I don’t have one. I struggle concentrating long enough to really get into a book.

What would you say is your guilty pleasure?
Cars. I really like nice cars.

How would you describe your leadership style?
Motivational. Get people to play to their strengths.

When did you last feel guilty about the environment?
Never. I’m a clean living sort of guy!

Who was your childhood hero?
Bruce Lee. I was a Kung-Fu fanatic when I was young.

Which historical character do you most identify with?
Winston Churchill. You knew he was in charge.

What advice would you give your 18-year-old self?
Do the same again! It’s been great so far.

What one object couldn’t you live without?
More than one object, I’m afraid – my cars.

If you could work in another profession what would it be?
I would love to be an accomplished surgeon. It must be a fascinating job doing such exacting work under such a high degree of pressure.

What’s the best gift you’ve ever been given?
My wife and children.

What’s your least favourite food?
Swede. It’s hideous. Why do people eat it?

Which superhero from comics would you most like to be and why?
Batman. He’s really cool – the cape, the deep voice. What’s not to like?

What is your dream car?
I’ve been very lucky and have them all so far.

What has been the pivotal moment in your life?
Reaching 50. I never thought that I would.