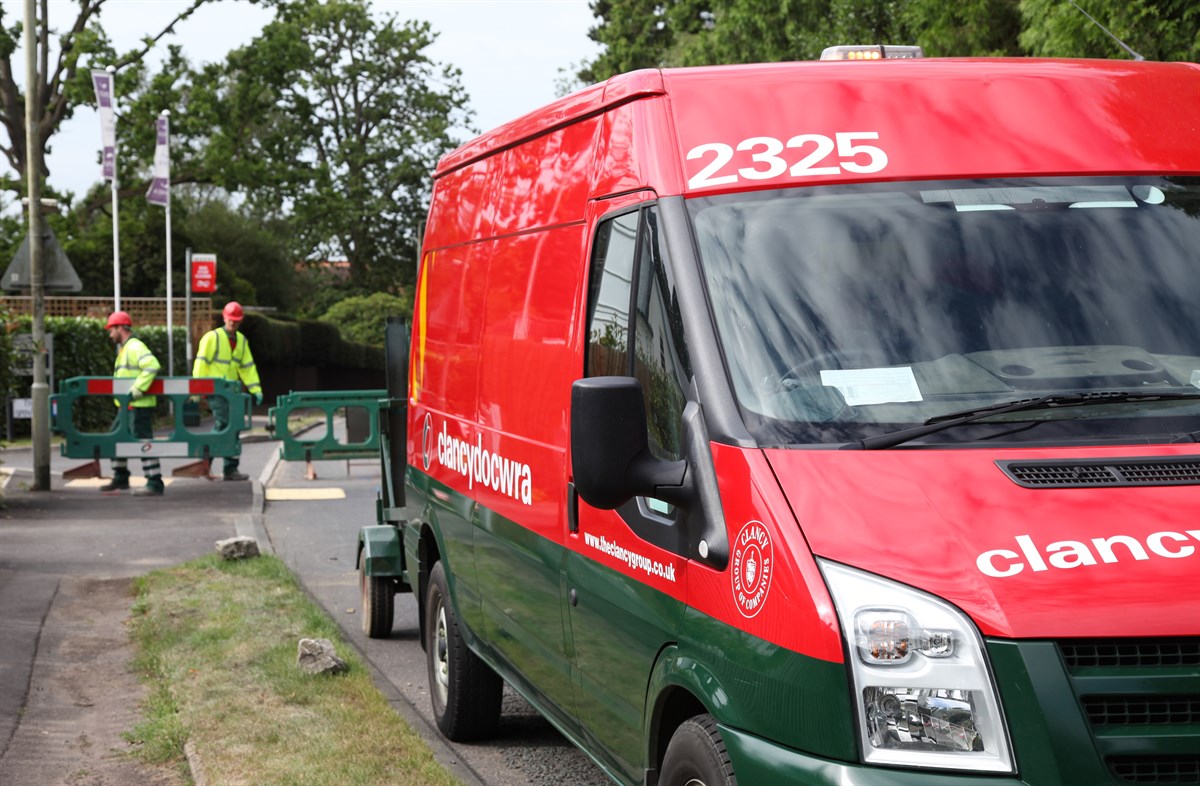 As it should be for every employer, health and safety is part of the DNA of the Clancy Group. But its decision to introduce an occupational road risk management strategy as a key part of its duty of care has also delivered “significant financial savings”.

The £250 million turnover business, best known via its civil engineering and utilities division Clancy Docwra, has recorded a 30% reduction in driver accident frequency since it began an audit trail of drivers, vehicles and journeys.

The group measures its accident rate in a number of ways, including by turnover. It calculates that road traffic accidents peaked at almost 1.8 per £1m of turnover in 2009/10, identifying work-related road safety as a “key health and safety risk”, according to Ian Housley, the group’s associate director for health, safety, environmental and quality.

The figure is now below 1.2 accidents per £1m of turnover on a light commercial vehicle (LCV) fleet that has increased slightly to more than 1,000 units with a further 125 HGVs and 450 company cars.

Many of the LCVs have multiple drivers – about 1,100 in total – and they drive a total of 29 million miles a year.
The group’s vans were involved in 286 accidents (own fault and third party) last year, having peaked at almost 350 (in 2008/09) prior to the introduction of at-work driving safety initiatives. In the first five months of 2014, the number of accidents was 127; in the same period in 2012, the figure was 189.

The group attributes the improvement to its increased fleet size and significantly improved reporting by drivers. All vehicle damage is now highlighted, following the introduction of a £100 fine if an incident is not reported within 48 hours.

Four years ago, the privately owned family business conducted a review of its risk management processes across its fleet and drivers.

The technology also acts as an online information-gathering hub to enable the business to further improve operating cost management and better target interventions as well as meet its legal obligations.

Other initiatives have also been introduced, including:

The company’s success in reducing accidents led to it being named Safe Van Fleet of the Year in the 2013 Fleet Van Awards.

The judges declared: “With van fleets already focused heavily on risk management and reducing
accidents, a fleet had to have made exceptional progress to stand out in this category. Clancy did just that. There is clear evidence of a long-term commitment to keeping accidents down that has been shared throughout the business.”

Housley says: “We have an occupational road risk management scheme in place that is second to none within the utilities and construction industries.

“The group recognised that to further improve existing controls it needed to ensure it had in place a comprehensive audit trail of drivers, vehicles and journeys as a key part of its duty of care.”

Through the combination of safe driving interventions and the use of a range of driver communication tools, the group has also recorded a fall in the severity of accidents as well as fuel savings and reductions in vehicle service maintenance and repair costs as employees adopt a more sympathetic driving style. Insurance premium savings of 20% have also been recorded.

The focus on safe driving has also resulted in the improved reporting of incidents by drivers at the group, which is a member of the Freight Transport Association’s Van Excellence scheme.

“I am expecting the overall downward trend to continue, but there are monthly spikes and I believe that is down to improved reporting rather than a worsening accident frequency,” says Housley.

“We believe some minor incidents, such as wing mirror damage, were hidden from us in the past.
“Throughout the whole process we are learning about the robustness of the data captured.”

While the company has greatly improved over the past four years, the occupational road risk management journey is far from over, says Housley, a founding member of the recently launched Fleet Industry Advisory Group.

“We continue to strive to evolve and improve as we want to achieve a step change in Clancy Group’s health and safety performance.

“But it is not just down to the fleet department, the training department or the insurance department. It is about everyone working together across different departments alongside board support.

“A highlighted strategy for our company is to continue to improve upon the key areas of corporate responsibility, in particular the health and safety of the group’s employees and drivers, the health and safety of other road users impacted by the group’s operations as well as the commercial impacts associated with vehicle incidents in terms of injury compensation, accident repair costs and the loss of revenue through vehicle downtime.

“We know the reduction in accidents is saving the group a lot of money, but there is much more to do.”
Housley says the group plans a range of further safety-focused initiatives, including:

Further underpinning the group’s safety focus is its membership of the Fleet Operator Recognition Scheme (FORS). Its van fleet has bronze level certification due to its success in achieving Van Excellence operator status four years in succession. The HGV fleet is also certified to FORS silver status for London operations and FORS bronze status for operations nationwide.

Board approval for the implementation of RiskMaster was critical in achieving driver compliance, according to Housley, with joint company chairmen Kevin and Dermot Clancy among the first to register. The group used RiskMaster’s ability to compile a Driver Operating Life Report – a day-by-day record of an individual’s driving history – alongside issuing employees with a Permit to Drive.

“We adopted the principle of no Permit to Drive, no keys to vehicles, which meant staff would be unable to do their job and therefore wouldn’t get paid,” says Housley.

He says this was a powerful motivator to drivers to register on RiskMaster and comply with company policy. But it is not all ‘stick’ – ‘carrots’ take the form of a quarterly draw for the safest employees for £200 worth of Red Letter Day vouchers.
The group also has high hopes that one of its “exemplary drivers” will be victorious in the first Van Excellence Driver of the Year competition being held this month.

“RiskMaster is not a disciplinary tool; it is used to monitor all employees’ driving and that helps meet the board’s aim of further improving the health and safety of staff, while also reducing the number of incidents involving vehicles, which costs the business money,” says Housley.

“The fact that our employees know that we are monitoring their driving behaviour is resulting in a change of attitude when behind the wheel.”