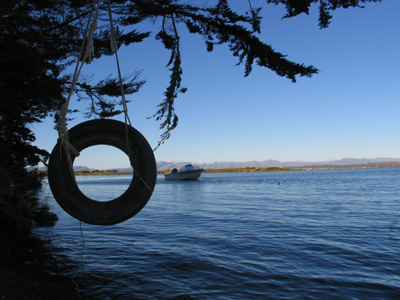 News that businesses could see costs climb as new laws on tyre disposal come into force, will come as a blow to many fleet operators.

The average cost of disposal is £1 per tyre, but this is expected to rise to at least £1.20 as more tyre collectors move away from the landfill option.

Under the European Landfill Directive, which is effective from July, whole and shredded tyres can no longer be sent to landfill for disposal.

The new regulation means all tyres must be reprocessed or recycled – a more expensive process which could see additional costs passed to fleets.

Nigel Davies, UK fleet sales director at Kwik-Fit Fleet, which disposes of five million tyres annually, said: ‘Between now and the end of the year we forecast that the cost of collecting old tyre casings will increase by at least 15%.

‘It is a charge that our customers accept as most companies are becoming increasingly conscious of environmental issues and understandably expect their supplier partners to also have a ‘green’ agenda.

‘Therefore, there is an understanding that used tyres must be disposed of responsibly and we feel that our minimal charge is not an issue.

‘As with all our charges, we will aim to keep any price increase as a result of the market forces to an absolute minimum.’

According to stakeholders at WRAP, the ban will result in an increase in costs.

A spokesman at WRAP said: ‘The cost of recovery will rise and increased costs will have to be absorbed by the sector or passed on.

‘Viable alternative recovery routes for the tyres will be required – existing recycling outlets are likely to be full and able to charge higher fees. Collectors are unlikely to recover costs quickly thereby undermining their viability.’

Stakeholders also felt that regulatory and representative bodies may have to take a greater role. WRAP says local authorities could lead the way on the use of retread tyres for their vehicle fleets as part of their sustainable procurement policies.

‘Most collectors of used tyres moved away from landfill long ago in favour of beneficial re-use, and the full introduction of the landfill ban should not prove that oppressive.

‘However, some fleet operators have been reluctant in the past to pay a price to cover the inevitable costs of beneficial recycling. If this is still the case, things will need to change.’

THERE are several ways of putting used tyres to good use, according to the Used Tyre Working Group which categorises alternatives to landfill in three sections –reuse, recycling or recovery. The group has produced a guide on landfill alternatives.