Call for action over A-pillar blindspots

Was this article useful?
Click the thumbs up >
INDUSTRY groups are calling for a review of legislation on A-pillar design after research revealed that blindspots on vehicles are worsening.

The studies, by motor research group MIRA, looked at how driver vision is obscured by A-pillars using tests on objects 23 metres away – the stopping distance required at 30mph.

Of the 20 vehicles tested, the Jeep Cherokee fared worst, with the width of objects obscured totalling 4.5 metres, followed by the Land Rover Freelander at 4.1 metres, the Citroën Xsara Picasso at 3.7 metres and the Ford Focus C-MAX at 3.4 metres.

Glass repair firm Autoglass and road safety organisation RoadSafe are now lobbying the Government to create a taskforce to tackle the problem. 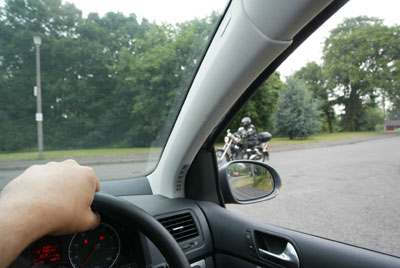 Nigel Doggett, managing director of Autoglass, said: ‘We’ve written to the Department for Transport and included a copy of our research findings, which we hope will be the catalyst for much needed action on the Government’s behalf.’

When Fleet NewsNet first revealed the dangers of A-pillars (December 5, 2005), the Society of Motor Manufacturers and Traders (SMMT) said the safety aspects of A-pillars for protecting occupants in an impact were vital. A-pillars must adhere to stringent rules relating to obstruction of vision lines and safety must come first, said the industry body.

A spokesman at the SMMT said: ‘Windscreens must hold firm under contact. Also, the roof must hold up in the event of the car overturning and the energy absorbed in an accident must be allowed to pass through as much of the car as possible, thereby helping to protect the occupants from injury.’