Fleets still have time to register for RoSPA awards 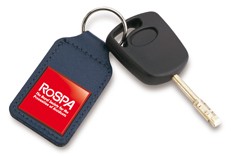 Firms with employees who drive for work have until Thursday (December 1) to register for entry into RoSPA's Management of Occupational Road Risk (MORR) Awards 2012.

All firms registering their intention to participate in the scheme by December 1 will then have until February 1 to submit their full entries.

Among the issues considered by the scheme are: the leadership of MORR from senior decision-makers to line managers at all levels; the communication of occupational road safety information inside and outside organisations and the involvement of the workforce; planning for MORR based on risk assessments that identify control measures and set priorities, standards and targets; arrangements for active monitoring; and, the investigation of accidents and problems and the implementation of the lessons learned.

The RoSPA MORR Awards form part of the annual RoSPA Occupational Health and Safety Awards, which date back to 1956.

In addition to receiving an achievement award (at bronze, silver or gold level), all successful MORR entries will be considered for the RoSPA/Allianz MORR Trophy. Sponsored by Allianz Insurance for the third consecutive year, this trophy is presented to the organisation that has most effectively managed its occupational road risks during the past 12 months.

In 2011, more than 30 organisations won MORR achievement awards and the RoSPA/Allianz MORR Trophy was won by Tesco Dotcom.

David Rawlins, awards manager at RoSPA, said: "For 15 years, RoSPA has led the campaign for occupational road risk to be managed in the same way as other work-related risks. As well as campaigning for MORR to be taken seriously by employers and regulators, and providing practical help for employers, we are delighted to run the RoSPA MORR Awards to reward good practice and encourage improvement in this area."

Awards ceremonies will take place alongside Safety and Health Expo in Birmingham from May 15-17, 2012, and also in Glasgow on September 20, 2012.