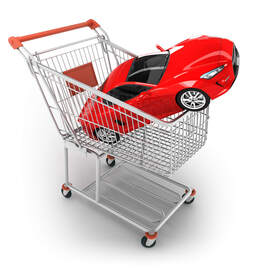 “Although the economic outlook remains challenging, we are starting to see a tentative return of consumer confidence as motorists explore new products and the latest fuel-efficient technologies.”

David Raistrick, UK manufacturing leader at Deloitte, said: “September is regarded as a critical month for the industry, accounting for around a fifth of the full year’s registrations, so the latest figures are certainly fantastic news for the automotive sector.

“Up until now, new car registrations in the UK have been broadly as expected, while a review of numbers for the rest of Europe indicates registrations are massively lower than last year and some countries definitely showing themselves to be in free-fall.

“Perhaps the more interesting question is what this tells us about the UK market which, based on the numbers alone, would appear to be holding up particularly well.

“The question is one of whether the UK is defying gravity by comparison to Europe due a stronger economy, a pent-up demand for new cars or a mixture of exceptionally good deals on offer and other techniques being adopted to artificially keep registration levels where they were planned.

“Looking forward to the next 12 months, there is no doubt that if manufacturers do not see the return of new car sales across mainland Europe, they will need to look to other markets to take up the difference.

“This will obviously involve increased sales to other parts of the world, but could very easily also include a significant number of right hand drive build cars being pushed into the UK market.

“My prognosis for new car sales over the coming year would be fairly bleak, other than for the reality that manufacturers may find themselves necessarily needing to offer extremely attractive deals to buy new cars in the UK. Without heavy manufacturer support we will see new car sales fall.”