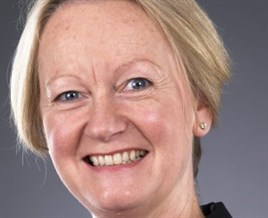 Peverel Group has appointed the former managing director of BT Fleet Janet Entwistle as chief executive after the company was rescued from administration.

Entwistle first joined BT in 1987 as a lawyer and played a key role in supporting BT’s new business ventures in the late 80’s and ‘90’s.

Under her leadership over the past 11 years, BT Fleet has transformed from an in-house fleet provider into a successful business, which is recognised as a leader in the fleet industry. She left the company in September, 2010.

Her appointment comes in the wake of her new employer winning financial backing from Chamonix Private Equity (Chamonix) and Electra Partners LLP (Electra) in a transaction that involves a substantial reduction in the borrowings of the business.

Zolfo Cooper was appointed as administrator to the holding companies of Peverel in March 2011 and the operating companies have continued to trade successfully and profitably since then.

Chamonix and Electra have now acquired the business and assets of Peverel and all its operating subsidiaries, which includes retirement properties, property management, retirement property sales, insurance services and one of the leading Telecare and Telehealth monitoring businesses.

This acquisition and subsequent plans for the group, including a commitment to on-going investment, will secure approximately 4,200 jobs.