A string of new model introductions is poised to boost Seat’s share of the fleet market by more than a third over the next two years.

“Over the last decade, our share has grown consistently and we managed to continue the expansion last year to reach 1.85% market share with 18,000 registrations even though we had no new product and we’re on target to achieve two per cent this year,”

Speaking as VW’s Spanish brand unveiled its next Toledo model at the Geneva motor show (pictured below), Wyhinny told Fleet News: “We are making good progress with the leasing companies and finding our pricing, residuals and running costs are appealing to user choosers.

“Our growth will be sustained with the new Ibiza in spring along with the Mii city car and then the Toledo in December. And next year, we’ll launch the revised Leon, our major fleet model.” 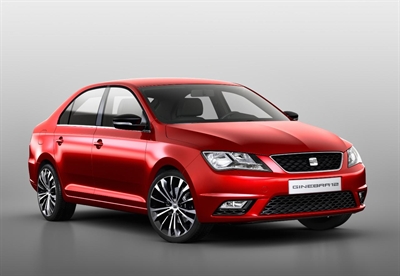