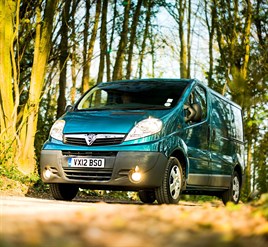 Based on the short wheelbase standard roof models, but with some subtle specification changes, Vauxhall say the Vivaro ecoFLEX could save you over £800 in three years versus the 198g/km 37.6mpg standard version.

For those wanting to save even more, Vauxhall offers Vivaro ecoFLEX Euro 5s equipped with a fixed speed limiter that yields CO2 levels as low as 174g/km and with combined fuel economy of up to 42.7mpg. Also for the first time there is an ecoFLEX version of the popular Vivaro 9-seater Combi for those who need to carry more than two passengers.

The best-selling Vivaro is top of its segment at retail with 3,531 registrations so far this year.