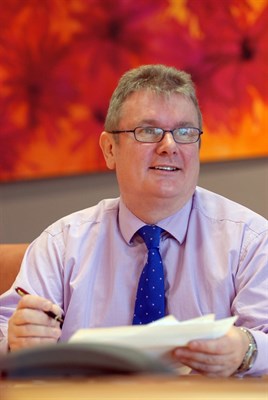 Fleets and the leasing industry are being urged to support automotive charity BEN by donating £1 for every car they sell at auction.

It’s nearly three years since the ‘BackingBEN’ campaign was launched and it’s already raised £500,000 with the support of several major fleets and the big auction houses.

However, the charity wants to double the £250,000 per year the scheme currently raises by persuading more businesses to sign up.

“All supporting businesses have to do is sign the agreement form authorising the auction to deduct £1 from each sale and we do the rest,” said Nigel Williams (pictured), BEN’s commercial development manager.

“Thereafter, every time the hammer falls, a pound goes to BEN. It really couldn’t be easier and it’s not just the big groups that are helping BEN in this way. Any business, large or small, which regularly sells cars through an auction, can participate.”

Since 1905, BEN has been supporting members of the automotive and related industries who face difficulties in their lives.

It helps employees past and present, and their dependants, with problems ranging from disabilities or sickness to debt, loneliness and poverty.

It provides care to 350 older or disabled people through its four residential centres, which are located near Rugby, Ascot, Berwick-Upon-Tweed and Southport. A day care centre in Coventry also allows automotive workers to earn their living while BEN staff care for their elderly relatives.

Meanwhile, a nationwide team of welfare officers make home visits to individuals and families in the community. They are supported in this work by an army of highly-trained volunteers known as ‘BEN Friends’.

However, in order to sustain and develop the work it does, the charity requires a minimum of £12 million a year.

Manufacturers donate around 65p per new car registered, which provides BEN with around £1.3m per year, while similar schemes like the BackingBEN campaign help boost funds further.

“The idea is to make it as easy as possible to contribute,” said Williams.

Income streams such as this are essential to BEN’s work. Donations, while very important, can be ad hoc, but regular giving is sustainable and enables charities such as BEN to plan ahead.

Williams explained: “£1 may seem like a small amount but collectively it makes a huge difference and the money BackingBEN has raised so far has enabled us to touch and improve the lives of thousands of members of our automotive family.

“However, in these tough times we are receiving more calls for help than ever and usually it is the most vulnerable who need us most – so there’s still a huge job to be done.”

At any one time, BEN has 15,000 people relying on its help, but Williams told Fleet News that he would like to help even more people in the future.

To put it in context, BEN estimates there are more than 800,000 people employed across the various automotive sectors – factor in dependant family members and that figure increases to in excess of 4m.

“We hope we can encourage those that haven’t yet signed up to join the scheme in 2013,” said Williams.

“Currently we capture 25% of the cars that are sold at auction each year, but we would like to increase that to at least 50%, which would give the charity £500,000 per year.”

He concluded: “We just want to give people the ability to do things that we take for granted.”

Businesses which would like to support BEN’s work by participating in the BackingBEN scheme can contact Nigel Williams by emailing nigel.williams@ben.org.uk or logging on to www.backingben.org.uk.