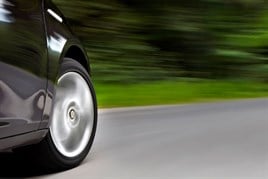 Poor driver care and maintenance is responsible for the premature replacement of a quarter of tyres on vehicles managed by ARI Fleet UK thereby unnecessarily increasing fleet operating costs.

Richard Minshull, head of operations, ARI Fleet UK, said: "Tyre care is a vital part in prolonging tyre wear and getting maximum value from a set of tyres - and that is very much down to drivers.

"If uneven tyre wear is spotted early, then steps can be taken to ‘pull’ the tyre back into line. If drivers fail to undertake routine tyre checks and consequently, evidence of undue wear and tear is ignored, then the life of a tyre can be reduced by half or even two-thirds in some cases and that costs businesses money.

"Industry surveys keep telling us, as do our customers, that cost control is their number one priority. However, the biggest cost facing companies is drivers and too often managers and directors are failing to implement measures to manage them effectively. This then translates into driver abuse of vehicles of which tyres is one of the most obvious examples."

Of the 8,429 ‘damaged’ tyres replaced by ARI - including as a result of under or over inflation and blowouts - a total of 1,164 tyres (3.44%) were replaced because they were below the 1.6mm legal minimum across the central three-quarters of the breadth of the tyre and around the entire circumference.

"Our figures show that for a variety of reasons that all impact on vehicle safety as well as fuel economy, thousands of tyres were replaced prematurely because they had not reached the end of their natural life," said Minshull.

At lower levels of under-inflation, a particularly common fault, a tyre’s contact patch with the road surface is reduced to two small areas towards the outer edges of the tread. With the full vehicle load placed on these areas, the tread wears at a much higher rate, drastically reducing the performance of the tyre and forcing their replacement much sooner than they would otherwise have needed to.

Illegal tyres are the most frequent vehicle fault detected by ARI’s MasterView technology, which is used by independent garages belonging to its MasterServe network.

MasterView is a unique remote video inspection system used to transmit live pictures of vehicles about to undergo service, maintenance or repair (SMR) back to ARI’s maintenance management team. The images are then scrutinised by in house experts.