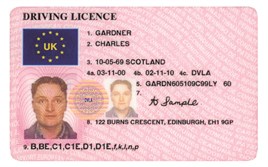 The changes predominantly impact drivers passing their test after January 19 and introduce restrictions around towing a trailer.

Drivers who passed their test before January 19 will not lose any of their entitlements but will still be affected by some of the rule changes.

The DVLA has also introduced a new style driving licence.

The licence changes are as follows:

David Millier, compliance manager at Hitachi Capital Commercial Vehicle Services, said: “The DVLA is obviously keen to check up on a driver’s health more regularly before allowing them to drive buses and trucks which is good news.

“It could add a little extra administrative time for a fleet department to update driver licence information, but it will help operators ensure their drivers are in the best health to drive vehicles on company business.

“The new towing regulations will also ensure younger drivers don’t get to drive large vehicle trailer combinations without having the relevant training and passing a test.”