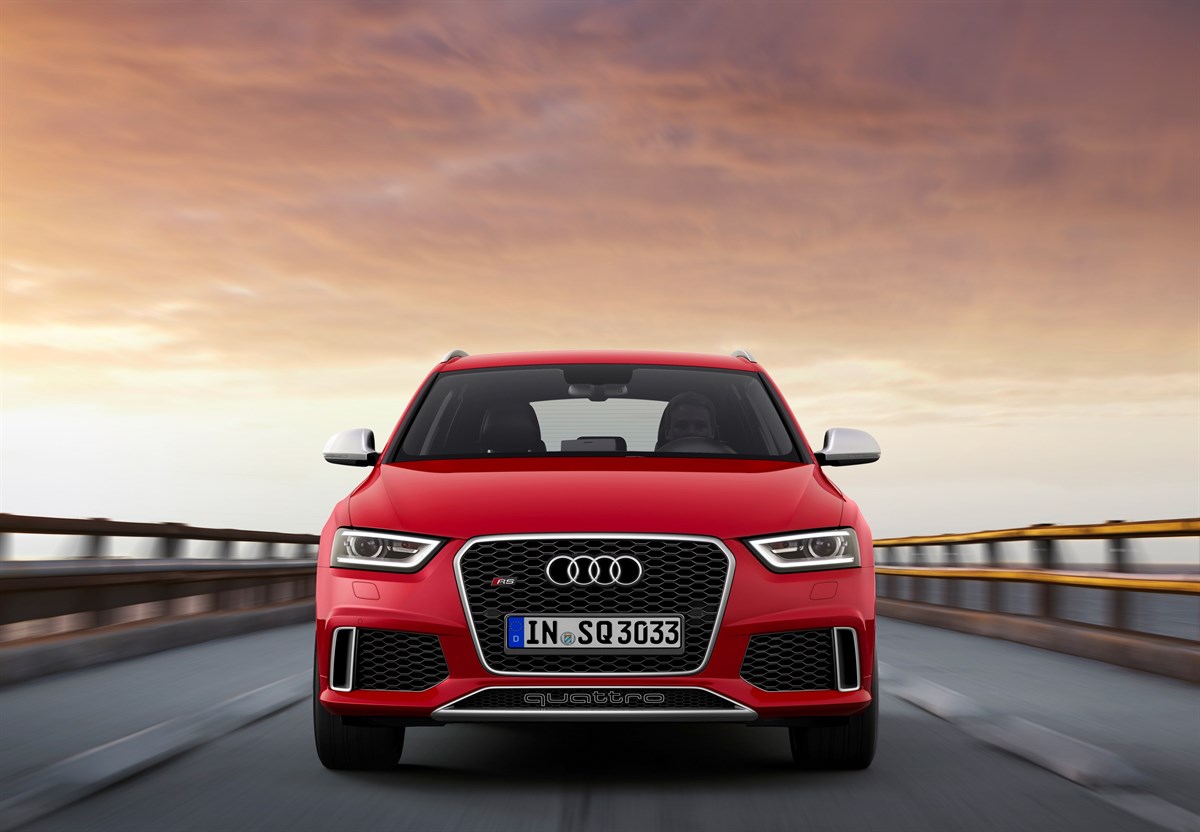 The Audi RS Q3 will be the first ever RS Q model to debut at the Geneva Show next month.

The RS Q3 is the fourth RS model that Audi are launching in 2013.

At the heart of this RS is the 2.5-litre TFSI engine familiar from the TT RS and RS 3 Sportback, linked to a seven-speed S tronic twin-clutch transmission. From 2,480 cc of engine displacement, the turbocharged direct-injection unit produces its 310PS peak at between 5,200 and 6,700 rpm, and maximum torque of 420 Nm (309.78 lb-ft) between 1,500 and 5,200 rpm. These figures translate into a 0-62mph sprint time of just 5.5 seconds and a top speed electronically limited to 155mph.

For the first time, the engine is also complemented by a standard start-stop system which, along with a regulated oil pump that only supplies lubricant when needed, contributes to fuel economy that sets a new precedent for an RS model – up to 32.1mpg is possible according to the combined cycle test, equating to CO2 output of 206 g/km.

UK ordering will begin in the summer ahead of first deliveries in late 2013.