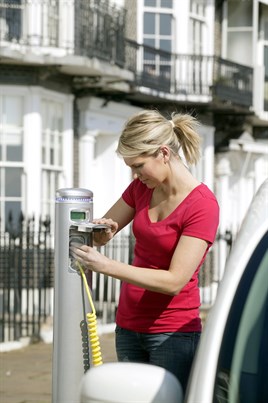 The market for EV charging infrastructure is still in the very early stages of development and is hugely dependent on Government funding via schemes such as Plugged in Places, according to a new report by AMA.

It is thought that by the end of March 2012, more than 3,000 charging points had been installed, including publicly accessible, domestic and private workplace points, 1,673 of which were delivered via Plugged in Places and of which 60% are publicly accessible.

The lack of standardisation of components and technology has a significant impact on growth, range anxiety remains a concern and the mix of current systems represents a deterrent to uptake.

The Government has made more than £400 million of funding available to promote uptake of ultra-low emission vehicle technologies. The Office for Low Emission Vehicles (OLEV) is responsible for running the allocation of this funding through Plugged in Car, Plugged in Van and Plugged in Places grants.

Standard chargers account for more than half the market by volume. These require no alterations to the electricity supply making them quick to install and less costly and therefore ideal for quickly boosting visibility and widening access in the early stages of the market. Fast chargers represent a further significant proportion of market volume.

Most electric vehicles are expected to be charged at home or at work. However, a wide infrastructure of publicly accessible points is being developed. The majority of these, 38%, are currently located in public car parks and on-street parking to maximise visibility, with commercial premises and garages, particularly car sales forecourts, also offering a significant resource as manufacturers attempt to bolster vehicle sales.

The majority of points are located around the 8 PIP networks, with subsidised products in these areas boosting development and a greater level of marketing and promotion focused on these regions.

Manufacturers and suppliers of EV charging infrastructure products enter the market at all stages of the supply chain and address different elements within it.

For example, a number of large electrical companies manufacture all elements and components of the charging stations, integrate relevant software and provide installation services.

Alternatively, there are specialists who integrate software into hardware manufactured by other companies as well as companies which market and install products only.