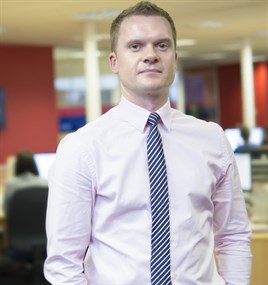 New tax rules that take effect in April make the case for including hybrid vehicles on fleet policies more compelling, according to Fleet Alliance.

Given these changes to the tax regime, Fleet Alliance believes that a fleet policy which includes hybrid is now one of the best options for fleets, because hybrids provide the greatest company car tax savings in the near term.

To prove the point, the company compared the new Toyota Auris Hybrid, which emits just 91g/km of CO2, with the latest Ford Focus diesel, which emits 99g/km, both with similar levels of P11D and specification, over a three year period.

The Toyota hybrid cost less in tax on each of the three years as it did not attract the 3% diesel surcharge which the Focus did, while the Ford also climbed a tax band each year.

Martin Brown (pictured), managing director at Fleet Alliance, said: “We believe hybrids have a growing role to play in near-term company car policy, at least while the 3% diesel supplement remains in place, providing drivers with conventionally sized company cars but minus the tax bill.

“We have been advising our clients of the need to make adjustments to their fleet policies in light of the forthcoming tax increases for some time, as well as looking at introducing a special ‘green’ variant for each grade of the car policy, such as hybrids or low carbon models.”

Brown said that such a change in policy was helped by the number of ‘green’ models that were now available in the new car market.

“And most manufacturers now have a mainstream hybrid offering. One car maker, Lexus, will only offer hybrid cars by 2014,” he said.

However, Brown said the picture changed considerably from 2016, when the government has announced it will be removing the 3% diesel surcharge, thereby instantly making diesel cars more tax efficient.

“But will the government be content to lose revenue when this happens? It’s unlikely to give up one tax without imposing another. So we could see the introduction of a company car tax on other pollutants associated with diesel cars, such as Nitrous Oxides (NOx) and the sooty particulate matter (PMs) deposits.”

While the outlook on that was uncertain said Brown, one thing was for sure. “The tax position on company cars is becoming increasingly more aggressive for fleets that stand still on company car policy and do not embrace the latest in low-emission cars or the latest company car tax breaks.

“The tax changes we will see over the next three to four years mean that fleets need to carefully consider the right combination of factors that best meet their needs and act on them now,” he said.

The Fleet Alliance White Paper on this subject is availabe here.