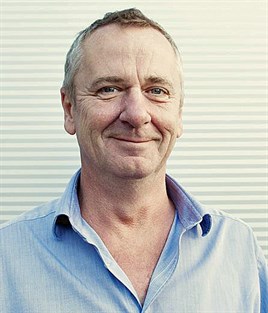 Kia Motors and Carillion Fleet Management are the latest companies to sign up to the BVRLA’s free-to-use ReCare safety recall system.

They join manufacturers Ford and Volvo and five major fleet operators – ALD Automotive, Alphabet, Arval, LeasePlan, Lex Autolease and Tusker – in participating in the safety recall system, which has been developed for the BVRLA by Oxford-based online solutions provider, Ebbon-Dacs.

Kia Motors, which has a growing fleet presence in the UK and sold more than 66,000 new cars last year, has confirmed its willingness to participate in the scheme.

Kevin Todd, national service and quality manager, said: “ReCare is an excellent platform through which to contact our growing fleet customer base with the latest recall information.”

Zip owner Simon Parry said:”We have been working with vehicle manufacturers and fleet operators to communicate safety recall information for many years and welcome the launch of ReCare, which we believe will improve the flow of communications for all parties.”

At the same, Carillion Fleet Management, which manages 7,500 vehicles and is one of the largest independently owned fleet management companies in the UK, has become the first fleet management provider to sign up to ReCare.

Doug Randell, head of fleet, said: “We are delighted to give our backing to the ReCare scheme. The system also allows us to continue our excellent working relationship with Allfleet Services who currently handle all our recall communications.”

Steve Molyneux (pictured), head of commercial at Ebbon-Dacs and responsible for managing the project, said: “We are delighted to welcome Kia, Zip and Carillion as the latest supporters of the ReCare safety recall system.

“Meanwhile, discussions are still ongoing with a number of major fleet industry players and we expect to be able to make further announcements very shortly.”

The ReCare system was announced more than 12 months ago after the BVRLA appointed Ebbon-Dacs as technology partner to deliver a standardised, free-to-use recall system for its members, who own and operate more than 2.5m vehicles.

It went live at the end of last year and fleet operators, including contract hire and leasing, daily rental and fleet management companies which are BVRLA members, or their appointed agents, can use the system to retrieve recall information by inputting their own fleet data for comparison purposes.

Welcoming the news that more manufacturers and fleet operators had signed up to the scheme, BVRLA chief executive John Lewis said: "Obviously, we would still like to see more vehicle manufactures sign up to ReCare as soon as possible. The system becomes increasingly viable and relevant once we achieve critical mass.

“The system has the potential to deliver huge duty of care and road safety benefits to the fleet management sector and to significantly reduce the administrative burden faced by manufacturers trying to notify recalls to thousands of different fleet owners.”

Ebbon-Dacs has spent 15 months developing the web-based vehicle recall system which has the capability to show all vehicles subject to a safety recall or any issue that a manufacturer wishes to make a proactive notification about, and highlights those fleet vehicles to the fleet operator.

During the process, Ebbon-Dacs, supplier of the UK’s most successful e-procurement platform, Leaselink, has met with companies across the automotive industry, including car and truck manufacturers and fleet operators from both the rental and leasing sectors, to ensure all their views were taken into consideration.