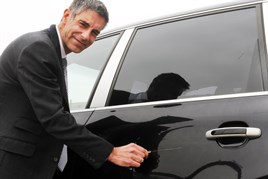 The MD of a bodyshop repair network has allowed his Porsche Cayenne to be ‘keyed’ to demonstrate how a new UV system could revolutionise the way vehicles are repaired and bring major benefits to the fleet sector.

Fix Auto’s Ian Pugh was so keen to show Fleet News the time-saving application he handed news editor Gareth Roberts the keys to his car with the instructions to scratch a door panel.

“It was certainly the most unusual request I’ve had, but Ian wanted to show me first-hand how quickly my handiwork could be repaired,” said Roberts.

Traditionally, a typical repair would need to be dried or baked for a minimum of 30 minutes for each process of primer and clear coat applied, leaving a vehicle off the road for at least a day if not longer.

However, the new process uses high-powered ultraviolet handheld and static lights combined with a specially formulated primer and finishing laquer. 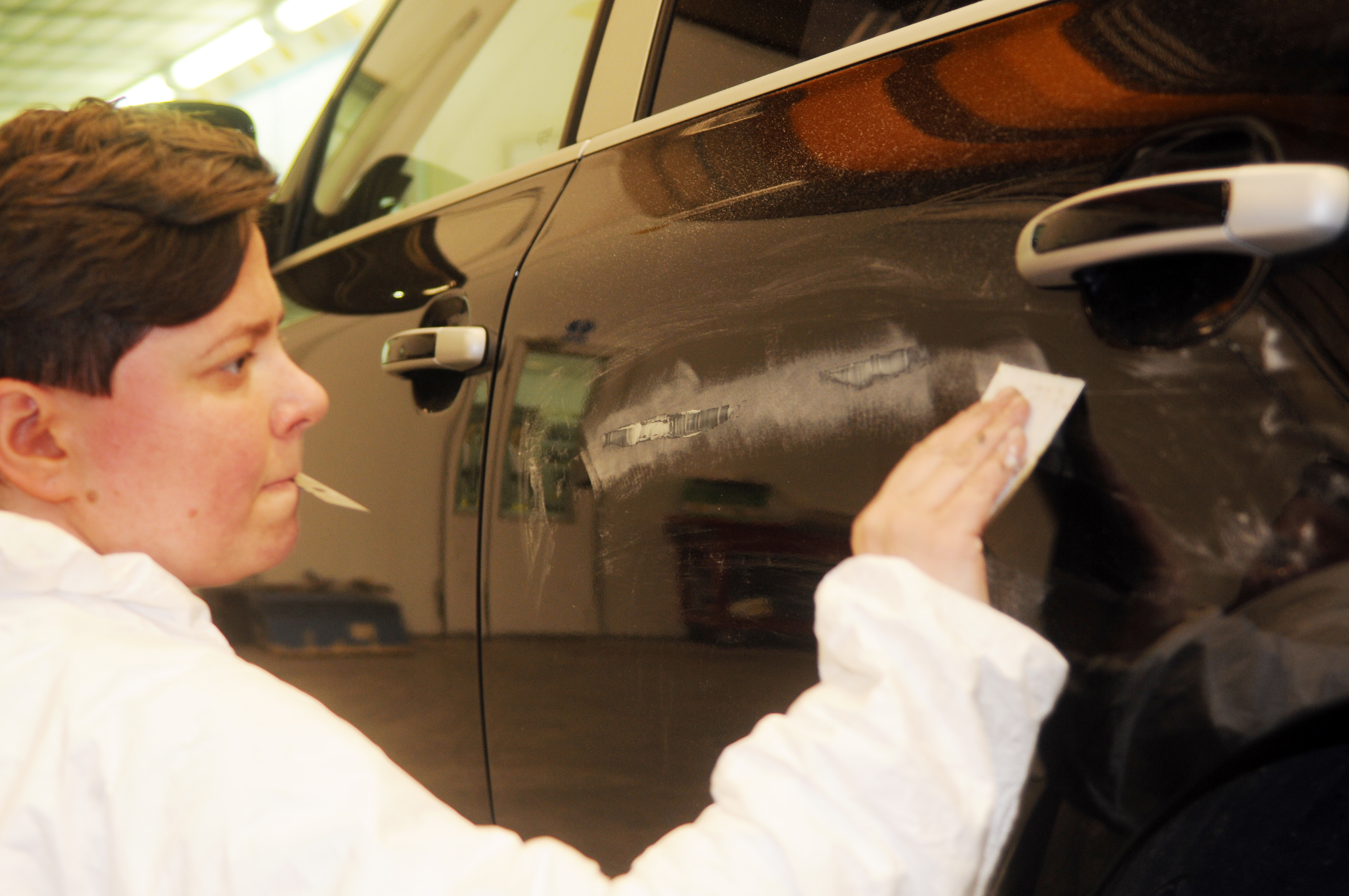 It collectively reduces both drying processes to just six minutes and, when needed, a repairer can be re-sanding a primed area within three minutes of its initial application.

That means a scuffed bumper, scratched door or dented wing in need of a re-spray, can now be repaired in less than 90 minutes.

Furthermore, whereas several coats of primer and lacquer would previously be needed to achieve the desired hi-class finish expected of a BSI Kitemark-approved repairer, now only rarely is a second coat of the specially formulated primer required. 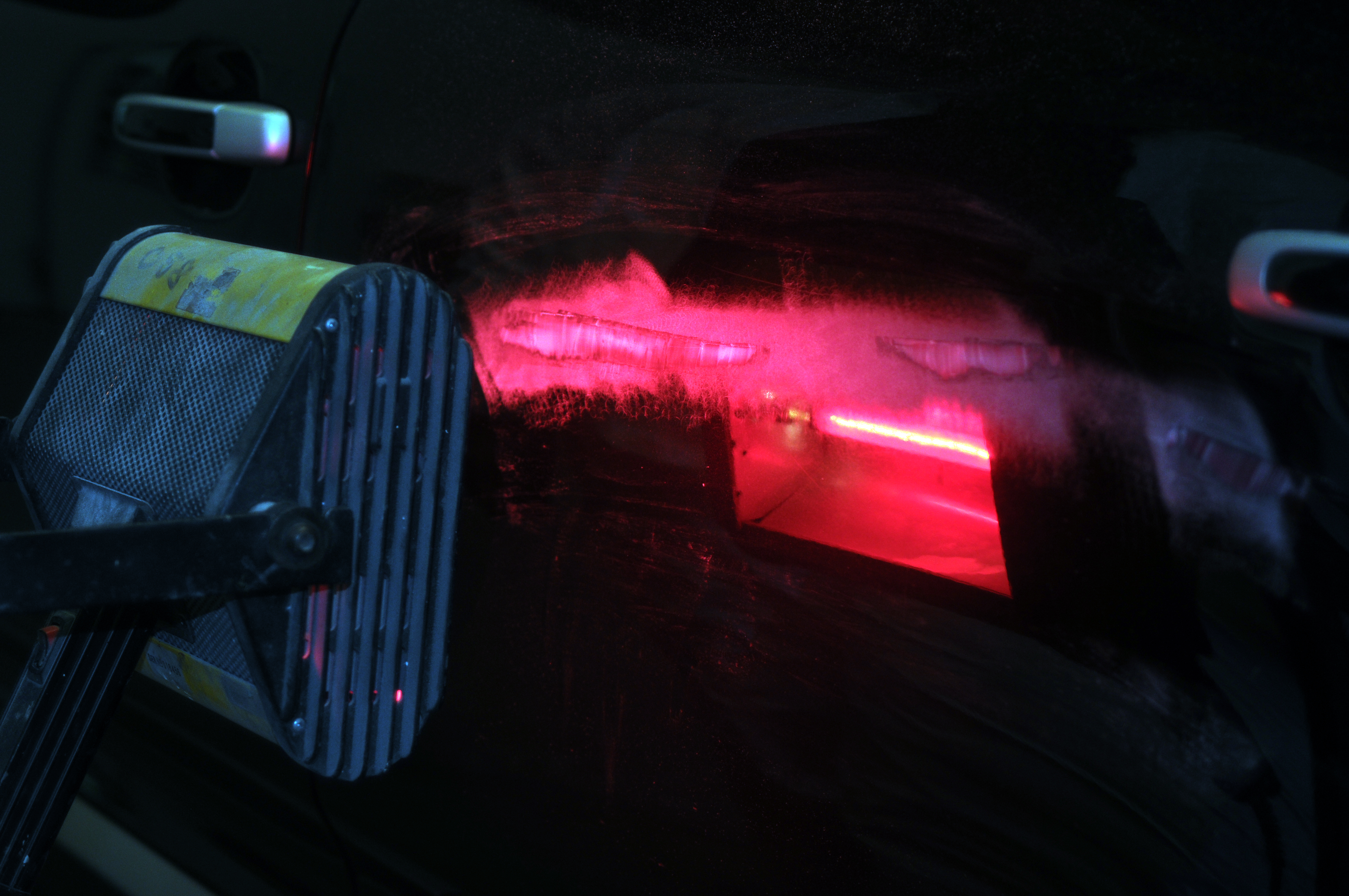 Within minutes of Pugh’s Porsche being scratched it was driven into Fix Auto Northampton’s workshop for the repair to begin.

Sikkens Autosurfacer UV has been designed specifically for express repairs; there’s no wash primer (etch) required on metal substrates before the primer filler application, the product application is very easy, drying time is extremely short, and sanding is possible immediately after drying, with no need for cooling down. 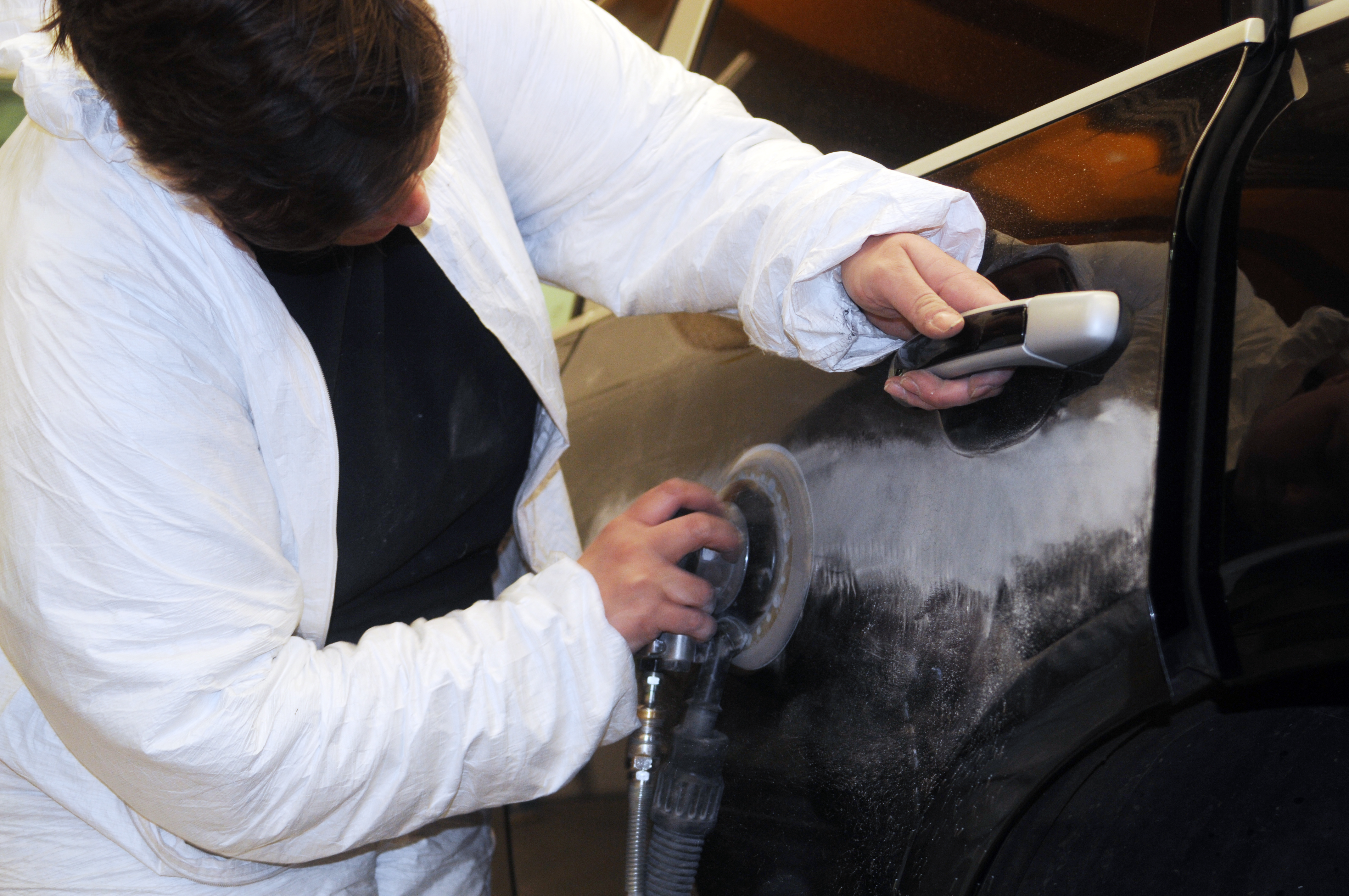 The process has been developed by AkzoNobel, one of the world’s largest global paints and coatings companies, and is now being offered to fleets by Fix Auto Northampton and Fix Auto Cardiff South.

Tony Barnett, owner of the Fix Auto centre in Letts Road Industrial Estate, Northampton, had heard a UV system was being used by repairers in Switzerland.

He said: “Although we first started trialling the system last November, it’s only now after extensive tests by the team here that we are 100% confident in the system’s ability to maintain our high standards of repairs and yet dramatically reduce a vehicle’s down time.” 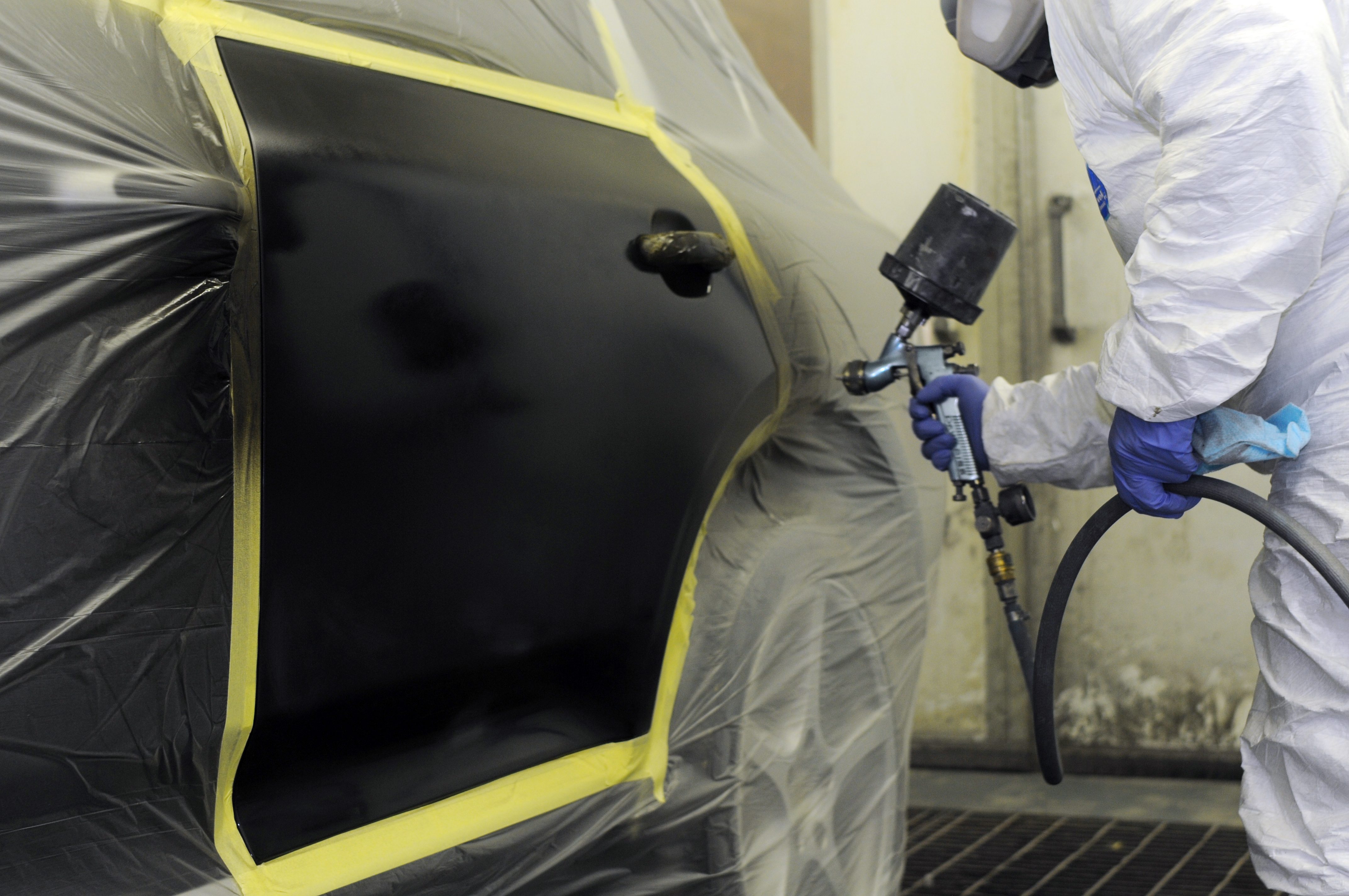 He said: “Using conventional methods would mean repairing a scuffed bumper, scratched door or wing would take a day or two, thus forcing the vehicle off the road, having the driver inconvenienced, the expense of a courtesy car and facing an actual repair bill for anything up to £500/£600. UV ensures a repair in less than 90 minutes.” 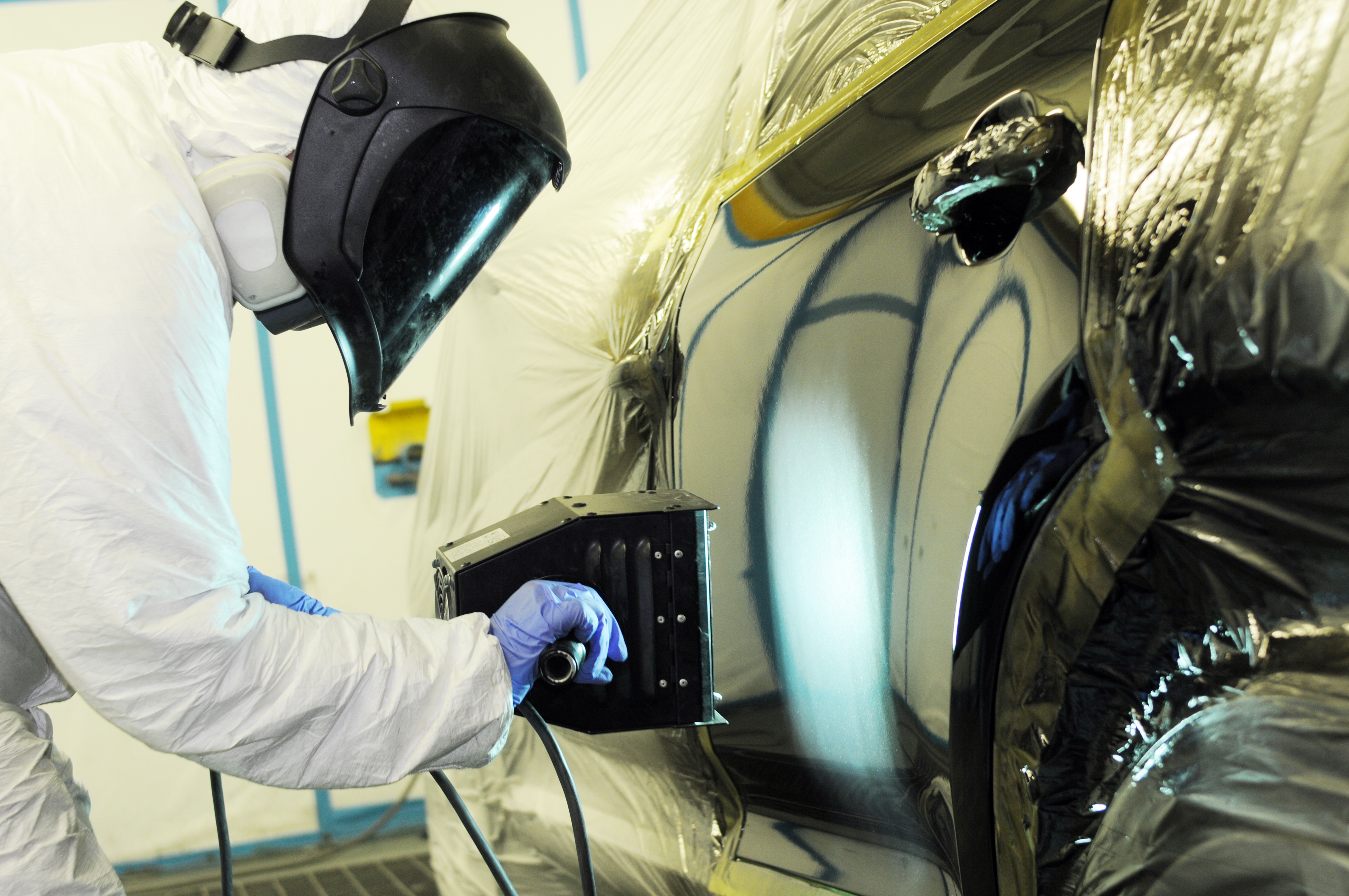 Pugh’s car took less than hour to repair, with the vehicle ready to leave the workshop in 58 minutes.

The UV process has the potential to ensure inconvenience to drivers is kept to a minimum, with no courtesy car required, and fleets paying as little as a third of what they would have had to pay in the past. 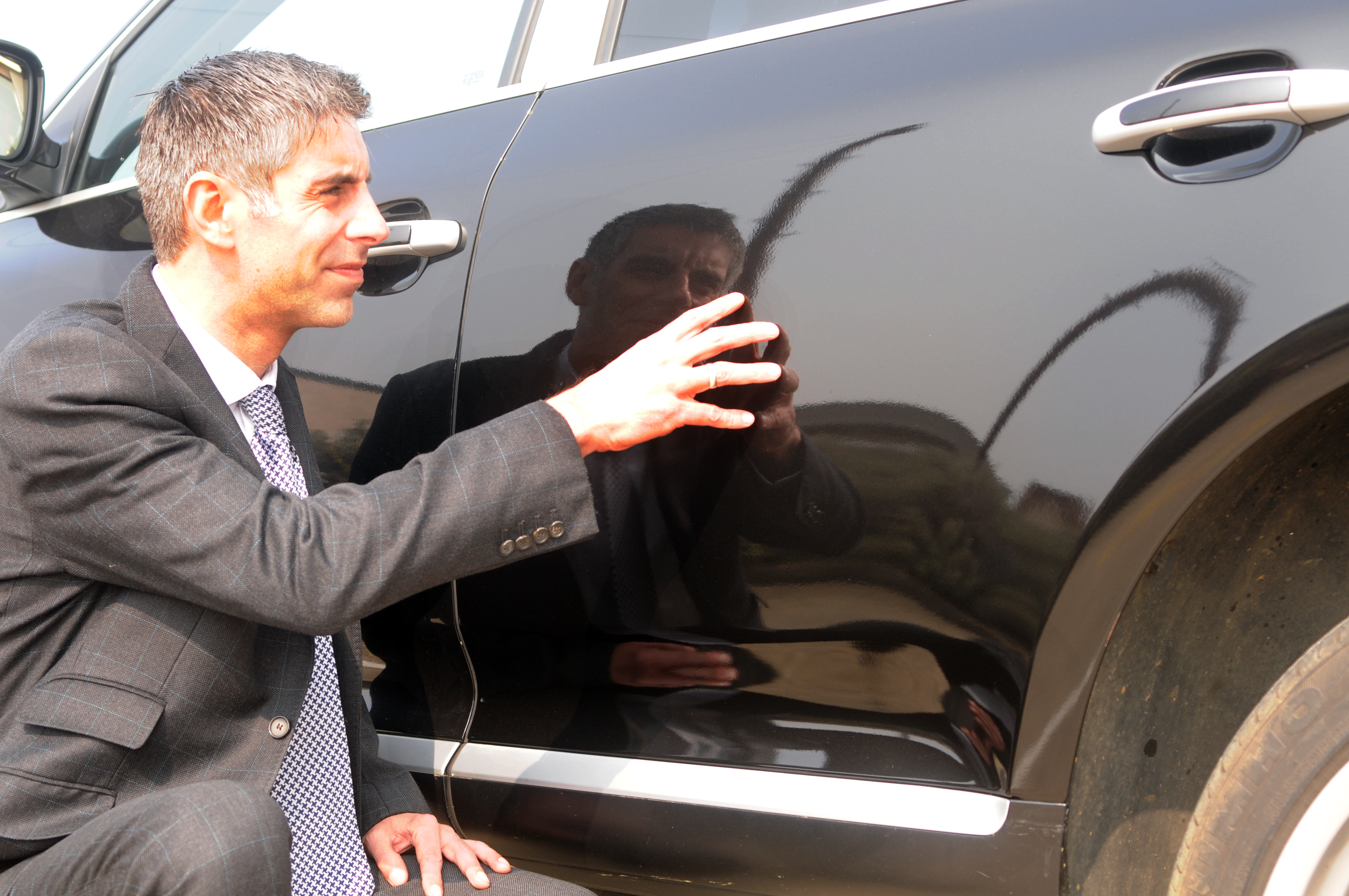 Pugh believes this could bring huge benefits to fleets looking to have repairs carried out during the life cycle of the vehicle or when it is being defleeted to protect against wear and tear charges.

He said: “I can only applaud what Tony and his team, in conjunction with the support from AkzoNobel, have achieved.

“There are some in the industry that say you cannot rush perfection, so embracing a new system which reduces tried and tested processes that normally take hours to complete down to a matter of minutes is quite remarkable.”

Barnett admits that when he first started to master the process he was only considering completing minor repairs.

“In truth, we are already tackling bigger and more severe repairs,” he said. “By using the new UV system, my team here is now able to complete a category two repair, which is scheduled to take between four and five days, in less than a single day.”

At present, the process enables the repair of small areas such as a wing, door or bumper, however Barnett believes it is only a matter of time before his team will use the UV system to repair the whole side of a vehicle and, eventually, an entire car.

So confident of his new paint system’s ability, Barnett has converted a previous storage area into a free-to-use office with WiFi, a landline telephone, desk and coffee machine, alongside a ‘repair as you wait’ service for fleets.