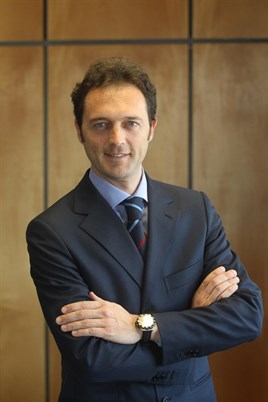 Zanframundo, 38, succeeds Luca Sra, who is relocating back to Iveco worldwide headquarters in Turin in a new role which sees him take responsibility for the company’s activities in the Middle East and Africa.

The new UK managing director brings with him more than 12 years’ experience working within the Fiat Group, having held roles within Case New Holland, Fiat Auto, Iveco and Iveco Capital.

Prior to taking up his post as general manager of a dealership, Zanframundo spent three years as sales and marketing director in Italy for Iveco Capital. He had previously served as customer service sales manager for the Italian market for two years, plus he spent almost two years as marketing manager for the Daily light commercial vehicle range in Italy between 2004 and 2005.

Commenting on his appointment, Zanframundo says: “The UK is one of the most important European markets for Iveco and it is a great privilege to be taking on this role at such an important time.

“Iveco has just launched an all-new heavy truck line-up at the CV Show, the latest Daily range has been on the road in the UK for just over a year and we have exciting plans for the Eurocargo ahead of Euro VI.”

“I’m looking forward to working closely with our dealer network to maximise all opportunities in the coming months, and to focus on further enhancing the service we offer to customers.  My recent background leading a multi-site dealer chain in Sardinia will be very useful.”

The appointment will see Zanframundo relocate to the UK, where he will be based at Iveco’s headquarters in Watford, Hertfordshire.