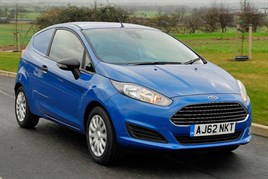 A flat performance in the large fleet sector has tempered a strong April for new car registrations, according to figures published by the Society of Motor Manufacturers and Traders.

Growth in fleet sales of 0.8% in April, along with an increase in sales to small businesses of 8.5%, were lacklustre compared with a rise in private car registrations of 32.3%.

April secured the strongest growth in 14 months as buying cycles and market volatility combined to boost uptake, according to the SMMT.

The UK new car market continues to outperform the rest of Europe, and has led to SMMT revising up its full year market forecast to 2.106 million units, which would be a 3% increase on 2012.

"The UK new car market continues to perform surprisingly strongly, with volumes again increasing in April. While the headline increase was up almost 15% there were more sales days this year than last," said SMMT interim chief executive, Mike Baunton.