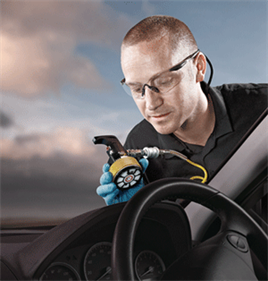 Autoglass has revealed that in 2012 there were over a thousand recorded incidents of motorists being attacked by missiles, such as bricks thrown from bridges.

That equates to a staggering average of more than two attacks every single day.

Thirteen police forces supplied information on missile throwing.  The results show that there were 1,021 attacks during the year. That is more than double the figure recorded for 2011.

Results last year, from 10 police forces, reported a total of 395 such incidents.

Encouragingly the research also shows that 75% of the incidents reported, resulted in arrests.

The Freedom of Information request made by Autoglass shows an alarming increase in this mindless and potentially fatal crime.

Matthew Mycock, managing director of Autoglass, said: “It is alarming to discover that the number of motorists attacked with bridge and roadside missiles is on the increase.

“As many motorists don’t report incidents, the true extent of the problem is yet to be revealed.

“Our customers tell us about a wide range of problems they face on the roads each day, but this is by far the most distressing.

“What may seem a prank to some yobs is likely to result in tragedy and must be stopped.

“Autoglass is pleased to see that this problem is being tackled and 75% of such incidents result in arrest.

“It is a step in the right direction, but there is more that can be done.

“We are calling for all motorists affected by this crime to report it to the police, to enable them to take steps to prevent a more serious incident happening next time.”

The research shows that the highest number of reported attacks took place in Nottinghamshire where there were 279 attacks.

At the other end of the scale the Cambridgeshire and Avon and Somerset force areas appear to be safest parts of the country with only eight and six reported incidents respectively.

The results are listed below: