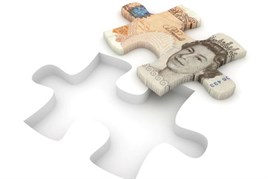 The Department for Transport (DfT) faces cuts of 9% in its day-to-day spending, but will get £9.5bn in 2015-16 to invest in infrastructure, including new roads.

The Chancellor George Osborne also said the Government would examine the case for a £12bn Crossrail 2 project in London and announced £3bn more for affordable housing in 2015. Further details of capital spending plans are expected tomorrow (Thursday).

Osborne was outlining the Government’s spending plans for 2015-16. He warned of a further144,000 public sector job cuts and said local councils would have to make sacrifices similar to those central Government was making.

Fleets in the public sector have been bracing themselves for further cuts after helping to find saving savings in operational costs over the past few years.

And, with health, education and aid ring-fenced, all other departments will have to take a bigger hit - average budget cuts for 2015-16 of between 8% and 10%.

Vince Cable's Department for Business, Innovation & Skills, the last to reach a deal with Osborne after tough negotiations, got off relatively lightly with cuts of 6% and a commitment to keep money for more apprenticeships, but student grants will be frozen.

The Business Secretary said: “I made it clear that I would fight for a deal that ensured the government had a credible growth story.

“The settlement we've achieved for this spending round does exactly that by prioritising and protecting activities that are key to growth.

“We have secured a robust funding package for science and innovation, skills and apprenticeships and more money for the regional growth fund, creating jobs outside of London, and the Green Investment Bank.

“We are also unique in having a two year capital funding guarantee, with a three year guarantee for science funding, giving business the certainty it needs to invest alongside government commitments.”

The Ministry of Defence will face further cuts to its civilian workforce as its budget was maintained in cash terms at £24bn - representing a real-terms cut.

The Freight Transport Association has welcomed the £9.5 billion earmarked for investment in infrastructure for the period starting April 2015 and the recognition that improved transport links are vital for economic recovery.

James Hookham, FTA’s managing director policy & communications, said: “We welcome the additional funding for infrastructure projects announced today, and are anxious to work with the Government to make sure it is invested in those projects on which economic recovery depends.

“The Chancellor is right to recognise that transport investment is key to the economic recovery; however it is vital that the money made available today is put to work in the right places to deliver the biggest possible benefit to the country.

“Our list of Trade Routes, which has been supplied to the Treasury, maps where these priorities are in the country.”

BVRLA chief executive Gerry Keaney added: “Nine out of ten passenger miles are travelled on UK roads, as is the majority of freight movement.

“Britain urgently requires major investment in its roads and road maintenance and we would urge the government to look at a fairer distribution of the £47 billion raised in motoring taxes each year. Taxpaying road users deserve more for their money.”