‘Cost and convenience’ determine where drivers fill up 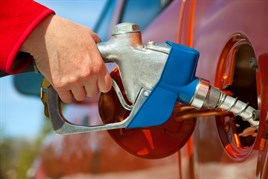 The majority of motorists choose where they buy their fuel based on cost alone (42%), while other important factors include proximity of the fuel station to the driver's current location (10%) or the station's proximity to home (9%), research suggests.

A further 8% were found to be lured to a station that offers them a chance to earn points or collect loyalty rewards and 4% choose to buy supermarket branded fuel, according to a survey of more than 2,000 motorists by ContractHireAndLeasing.com.

"While it is understandable that motorists prioritise finding the cheapest fuel, it does make sense to also consider how far away it is, said Dave Timmis, MD of ContractHireAndLeasing.com.

The survey also revealed that motorists in more rural regions such as Wales and Yorkshire and Humber are more likely to report a preference for stations which are close at hand or near home.

Yorkshire & Humber based motorists are also the least likely to report that cost is the most important factor in selecting a fuel station at 28%, compared to 47% of drivers in the Eastern, East Midlands and South West regions.

Timmis said: "It also interesting to see the impact of supermarkets retailing fuel; while motorists don't appear to pledge much loyalty to either supermarkets or brand fuel stations, they are lured by offers, convenience and price - areas which supermarkets often excel in.”