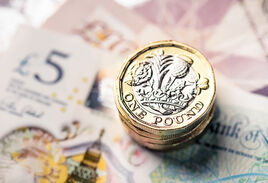 Companies hoping to claw back tax paid for employees that drive their own cars on business have been questioned by HM Revenue and Customs (HMRC).

The Revenue sent a detailed questionnaire to the claimants so it can “undertake a full review” and make a decision as to whether or not a repayment is due.

The developments are the latest twist in the much-publicised Total People (subsequently known as Cheshire Employer and Skills Development) case, which culminated in a victory for the taxpayer in the Court of Appeal 18 months ago (Fleet News, November 1, 2012).

That company’s seven-year legal battle related to a National Insurance refund claim based on the difference between HMRC’s AMAP rate of 40p per mile (now 45p) and the 12ppm paid by the employer plus an additional lump sum paid to the employees for using their own cars on business.

The value of the amount claimed was approximately £146,000 or around £1,000 per employee involved.

Following the Court of Appeal verdict, tax and pension specialists Innovation Professional Services has been working with lawyers Wright Hassall & Co and Hage Aaronson to put together a class action – also known as Group Litigation Orders – on behalf of companies who believe they are also due a refund (Fleet News, January 9, 2014).

To-date a dozen companies have joined the class action, with John Messore, partner and director of Innovation Professional Services, indicating that legal advice means the group is confident of winning its case against HMRC.

He told Fleet News he expects HMRC to settle the class action “behind closed doors for the dozen or so clients that have signed up with us”, adding that they would get a “substantial percentage of their claim refunded”.

Messore previously told Fleet News that the case was “a once in a lifetime opportunity” because the settlement would be binding only on those taking part.

But he says there is still time for more organisations to join the class action. “I’m not going to do a deal until I have got a critical mass of clients,” he said. “Businesses that think they have a case for a refund should talk to us.”

An HMRC spokesman said it was not making any repayments to businesses as a result of the Total People verdict.

“HMRC does not consider the decision binding beyond that immediate case and continues to dispute repayment claims made by others on the grounds originally argued in Total People,” he said.

“HMRC has told employers and their advisors that if necessary, it would defend a similar case before a tribunal.”

The HMRC said the questionnaire was sent to companies so it can fully consider the motoring allowances they paid and, where agreement cannot be reached, give them an appealable decision as to whether it fell within the legislation.

The spokesman added: “In the course of that process, HMRC has found a small number of cases where the business was actually due repayment on grounds other than those advanced by the professional advisor.

“Not all businesses involved have been contacted yet. Consequently, at this stage, the quantum of refunds is unknown and no refunds have been made.”

However, in respect of claimants providing information to HMRC following receipt of the questionnaire and documentation request, Messore claimed: “There are a lot of mantraps. Companies should hold fire on answering the questions from HMRC because the risk is that they might corner themselves – 99% of the questions are essentially redundant or not applicable.

“HMRC is drawing those who respond into a cul-de-sac. Any taxpayer who answers them may prejudice their position.”

The HMRC letter said that “although the Court of Appeal outlined the general principles that should be involved when investigating this type of case”, it provided “no overriding precedent that could be applied”.

The letter added: “A tribunal looking at a different employer’s motoring expenses scheme may come to a different conclusion when considering the relevant facts.

“As a result, it is now necessary for HMRC to consider your refund claim based on the facts of your own mileage allowance scheme.”

Based on the Total People claim, it is estimated that those employers represented in the class action could each be in line for payouts of between £500,000 and £1 million. But, it is claimed, the potential cost to the taxman is small compared to the cash amount that could be collectively at stake across the UK.

It has previously been estimated that the potential impact of the case against HMRC could be claims collectively amounting to between £200m and £500m (Fleet News, October 3, 2013).