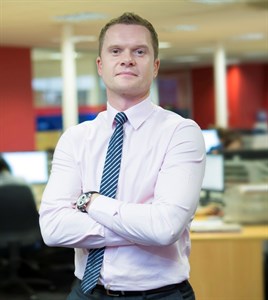 Fleet Alliance has reported a fourth successive record year in terms of fleet size, revenue and profitability following a successful 2014.

By the end of last year, Fleet Alliance had a record fleet size of 18,209 vehicles under management on behalf of business customers, following growth in both the SME and mid-corporate sectors of the market.

The company also reported a fourth successive record operating profit performance with a growth of 58% over 2013. And to cope with its continued expansion, Fleet Alliance moved to new state-of-the-art offices in Glasgow Skypark, near the city centre, during the year.

In terms of maintaining a highly motivated workforce, the policy was again very successful. In the 2014 Great Place to Work survey, some 96% of staff said Fleet Alliance was a great place to work, 100% of staff felt a sense of pride in the company’s achievements and 96% of staff felt they made a real difference to the business.

Fleet Alliance managing director, Martin Brown said: “Following an outstanding year in 2013, we can now report another record for 2014 with a new record fleet size of more than 18,000 vehicles.

“Our continued growth has come from both the SME sector where more small companies have been encouraged to invest and expand, and from the mid-sized corporate sector where we have seen a string of new business wins.

“We are forecasting another strong year again this year based on a variety of positive economic indicators, including record-low interest rates and inflation and a very strong air of business confidence,” he said.