UK to be ‘world leader’ in driverless cars, says DfT 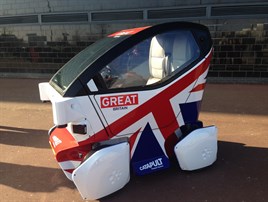 Fleets and leasing companies have welcomed a Government announcement that driverless cars can now be tested on public roads.

Trials of autonomous vehicles have been approved in Bristol, Coventry, Milton Keynes and Greenwich as part of a £19 million programme.

Business secretary Vince Cable said: “The projects we are now funding will help to ensure we are world-leaders in this field and able to benefit from what is expected to be a £900 billion industry by 2025.”

A legal review from the Department for Transport (DfT) concluded that there is “no barrier to testing driverless  technology on UK roads”.

On-road testing will feature the real-world evaluation of passenger cars with increasing levels of autonomy, as well as the development and evaluation of lightweight, fully-autonomous self-driving pods for pedestrianised spaces.

They will include public tests of fully automated passenger shuttle transport systems and autonomous valet parking of adapted cars.

They will also investigate the legal and insurance aspects of driverless cars and explore public reactions.

John Chuhan, chief risk officer at Alphabet, said: “We’re still a few years away from fully autonomous vehicles becoming an everyday sight on the streets of the UK, but it’s great to see the Government taking steps to make the UK a world leader in driverless technology.

“Clarity over legislation and driving standards will be vital for ensuring the adoption of driverless vehicles in the UK is a success, so the fact the Government is already taking steps to address this issue is good news for the industry.”

The Government says that driverless vehicles are expected to save motorists six weeks a year in driving time, but the benefits to businesses and company car drivers could be even greater.

“Employees would be able to hold business meetings and work while travelling to their destination – with the peace of mind that their car is a first-class driver.”

However, while driverless technology brings many opportunities for drivers and businesses alike, at the same time it brings new challenges and questions around legislation, duty of care, risk and driver training.

“As a result, it’s imperative that any review of legislation undertaken by the UK Government incorporates not only the use of the vehicles for personal use, but business use too,” said Chuhan.

In fact, the emergence of driverless cars could represent the most significant overhaul of the Highway Code for decades. The DfT’s legal review distinguishes between “highly automated” vehicles, in which motorists will be expected to take control at any time, and “fully automated” vehicles, where a licence may not be required.

In highly automated vehicles, drivers would still be prosecuted for using hand-held mobile phones while driving, and not wearing a seatbelt or eating at the wheel.

However, the use of fully automated vehicles would require a substantial change to the current rules of the road.

The Government says the trials will help better inform any future changes in legislation.

Transport minister Claire Perry explained: “The next step is for the Government to work with the devolved administrations, industry and academia to introduce a code of practice which will set out how driverless cars should be operated safely in real-life scenarios.”

Welcoming the Government trials, the British Vehicle Rental and Leasing Association (BVRLA) highlighted how  the fleet sector will play a key role in the development of the fledgling technology.

BVRLA chief executive Gerry Keaney said: “The vehicle rental and leasing industry has the youngest fleet on UK roads and prides itself on running the safest, most cost-efficient, low-emission vehicles.

“This means they will be early adopters of, and investors in, autonomous vehicle technology.

“The BVRLA and its members are looking forward to working with these as well as other projects, all of which are set to put the UK at the forefront of the driverless cars  revolution.”