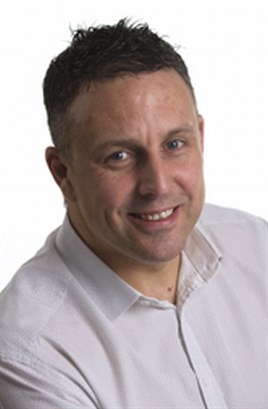 CAP Automotive has dismissed suggestions that gas guzzlers face a resurgence thanks to falling fuel prices.

It argues that high road tax for less efficient engines continues to outweigh any possible savings in fuel, despite pump prices falling to a five-year low.

Motorists are also likely to pay higher insurance and service, maintenance and repair bills for these cars.

Crunching the running costs data, CAP found that the numbers for thirstier cars simply don’t stack up, due to their higher CO2 emissions.

For example, a family tempted to switch out of a 2.0-litre Vauxhall Insignia 16V Elite 5dr Auto and into a V6 version Vauxhall insignia 2.8T 4x4 Elite 5dr Auto this year would find themselves paying £215 more just for their road tax.  That doesn’t take into account around £300 more for fuel  over 10,000 miles – even at today’s lower pump prices – compared with their previous car.

CAP found many more examples of cars for which the cost of road tax outweighs any potential savings in fuel from today’s reduced pump prices.

In the case of a Mercedes E Class it would cost £200 more to tax an E350 Sport 4dr Tip Auto than the E200K Sport 4dr Tip Auto.  That is significantly more than the £170 in fuel that would be saved over 5,000 miles compared with running the same car last year.

Swapping out of standard family cars – such as a Skoda Octavia – into more luxurious cars with bigger engines would represent a bad long term deal for the motorist, CAP argues, even if fuel prices remained low in the medium to long term.

Taking a Skoda Octavia 1.6SE, the increase in road tax costs over three years for switching into a thirsty V6 Skoda Superb 3.6 litre Elegance would cost the driver £840 more and 42% more in fuel costs over the period of ownership.

“Whichever way you look at it, the numbers just don’t add up to support the suggestion that motorists might be tempted to look at cars with less efficient engines just because fuel prices have fallen," said CAP’s retail and consumer expert Philip Nothard (pictured).

“Even if pump prices remained as low as they are today, for the next few years, road tax and other motoring bills would continue to outweigh any savings on fuel - even with unleaded around 30 pence per litre cheaper than it was a year ago.

"The assumption that lower fuel prices will unlock pent-up demand for a return to some kind of golden age of gas guzzlers is thinking that belongs in the 1970s.

“We have also been extensively researching this issue among motor dealers and they confirm to us that fuel economy has not slipped at all down the list of priorities for the typical customer."