Fleet administration time has increased in last 12 months, say one in five managers 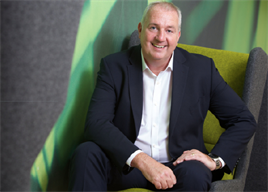 Around one in five managers involved in running fleets say that the amount of time spent on administration has increased in the last 12 months.

GE’s findings are slightly different for those managers where fleet is their primary job role – with 20% reporting an increase – and those who have a wider remit but include fleet management – up 17%.

These latter respondents were also asked which of the below their main job role was. The responses were:

Gary Killeen, managing director at GE Capital UK Fleet Services, said: “We believe that these figures show two key findings. Firstly, and most obviously, a sizeable number of managers involved in running fleets are seeing a year-on-year increase in the amount of administrative work they have to undertake.

“It is the second finding that we find more interesting. It clearly shows that managers who become involved in fleet decisions, and for whom company cars / vans are not their primary responsibility, increasingly get tied up in fleet issues.

“This is especially true in areas such as operations, finance and human resources. For these core functions, fleet administration is eating up a greater amount of work time and it appears that this is a situation that is increasing quite quickly.”

Killeen said that the issues leading to greater levels of fleet administration surrounded responsibilities such as risk management and environmental initiatives.

He explained: “We continue to see more companies outsourcing key areas of fleet responsibility and an increasing administrative burden is often part of this decision. In these situations, outsourcing can take pressure off managers working across many different parts of an organisation.”