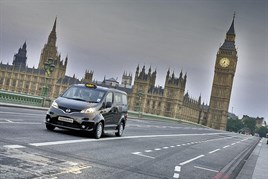 The Mayor of London, Boris Johnson, has confirmed that the world’s first ultra-low emission zone (ULEZ) will launch in central London on September 7, 2020.

It will require vehicles travelling in the congestion charge zone of central London to meet new emission standards 24 hours a day, seven days a week or pay a daily charge.

The announcement follows consideration of more than 16,000 responses received during the ULEZ consultation from the public, businesses and stakeholders. The majority (79%)  of respondents said it was ‘important’ or ‘very important’ to tackle poor air quality in London and 58%  said they ‘support’ or ‘strongly support’ the introduction of the ULEZ.

The ULEZ will require:

The Mayor and TfL said that they have intentionally confirmed the ULEZ five years in advance of its introduction to give sufficient warning and preparation time for affected drivers, as well as to accelerate the take up of low emission vehicles and stimulate the low emission vehicle market.

Residents living in the ultra low emission zone will have a three year ‘sunset period’, meaning that they do not need to comply with the emissions standards until September 2023.

An extra £25 million from Government will be used to provide grants to help taxi drivers cover the cost of upgrading to a greener vehicle. This is in addition to £40 million already committed by the Mayor to assist taxi drivers whose vehicles would be affected by tighter age limits to retire the oldest, most polluting taxis.

Boris Johnson reiterated his commitment that from January 2018 all new taxis and all private hire vehicles under 18 months old presented for licensing in the capital for the first time should be zero emission capable.

Detailed plans for the new rapid charging network in London, on which Transport for London is working closely with key stakeholders, including boroughs and taxi and private hire trade organisations, are expected to be published later this year.

TfL will continue to lobby the Office for Low Emission Vehicles (OLEV) for further funding from its £500 million funding pot to support the uptake of zero emission capable vehicles and put in place supporting charging infrastructure.

Michele Dix, managing director of planning at TfL, said: “London’s air quality has an impact on the health of every person living in this city which is why addressing emissions from road transport is such a priority.

"The ULEZ is a feasible and effective way to improve air quality not only in central London but it will also have a positive impact across the whole city too.

"We believe that giving owners of non-compliant vehicles more than five years to prepare means that they have fair warning to decide whether to change their vehicle to one that meets the emissions standards of the zone or pay a daily charge.”