Transport for quality of life 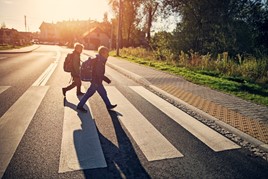 In the early 1970s, nearly 90% of primary school children in England were allowed to travel home on their own. A study by Westminster University has shown that this had dropped to 25% by 2010, a dramatic loss of independence in 40 years.

The benefits of independent and active travel on children’s health, wellbeing and cognitive development is well evidenced.

Plus one-in-four cars on the road at peak times is on the school run, according to the charity Living Streets.

We need smarter solutions to young people’s travel to school rather than routinely strapping them into the car.

This isn’t an inevitable trend. The same study showed that in Germany around 80% of primary school children still travel independently.

And in the Netherlands in the 1970s a ‘Stop de kindermoord’ (stop child murder) campaign revolutionised Dutch urban planning to make the roads safe for children. 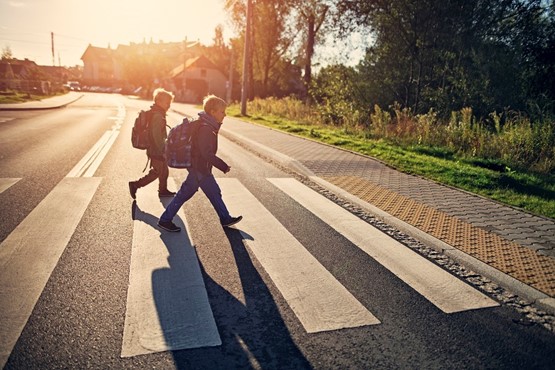 Where did we go so wrong in Britain that parents are now too scared of traffic to let their children walk half a mile on their own to school, shops or the park? It is no coincidence that the volume of traffic doubled during this same period. And, while child road casualties have come down, still a quarter of total pedestrian casualties are children. Every day a pedestrian is killed on our roads and 15 are seriously injured in Great Britain.

We have become inured to the relentless killing and injury of children and adults on our roads, with parents driving their children to school only adding to the problem.

In transport planning’s ‘Hierarchy of Road Users’ the most vulnerable road users are supposedly given top priority. However, while this might exist in many strategic documents, it rarely appears to translate into implementation.

Putting the needs of children and other vulnerable road users at the heart of transport and spatial planning, and prioritising walking (and cycling) leads to free, healthy, zero-carbon and zero-emission forms of travel. Which policy priority boxes are left unticked?

The visionary Healthy Streets Guidance from Transport for London shows us how it should be done: clear and utterly sensible guidelines for creating streets where an eight- or 80-year-old could happily travel independently on foot.

“Streets where noise, air pollution, accessibility and lack of seating and shelter are not barriers that prevent people – particularly our most vulnerable people – from getting out and about.” This should be made part of national planning policy.

While there are many towns and cities which are making great efforts to create healthy streets, this still feels a long way from the day-to-day experience of most pedestrians having to battle with busy roads, widened junctions, inadequate or missing crossings, high kerbs and cracked, uneven and blocked pavements.

In the vast majority of populated areas, the car is king and anyone on foot is ‘fair game’. With the climate emergency and for the sake of our health, this has to change. We need to get smarter.

In 2019 the Transport Select Committee criticised the Government for inadequate and ‘piecemeal’ active travel investment and highlighted that “for too long walking and cycling have not been a priority for policymakers”.

While the Government has committed £2 billion to be spent on active travel, the fund is not ringfenced and amounts to just 1.5% of total transport spending. The committee calls for a dedicated long-term funding stream for local walking and cycling, which is desperately needed to invest in much needed infrastructure. But funds aren’t the only barrier. In most local authority areas a few key national policy changes could help to radically improve the walking network in existing neighbourhoods at very low cost. What’s more, these could be implemented within the space of a year.

First, Transport for Greater Manchester (TfGM) is leading the way in reinforcing the little known rule (Highway Code 170) that pedestrians who have started to cross a junction have priority.

Chris Boardman, the walking and cycling commissioner for Greater Manchester, wants to do this by putting zebra crossings on 20,000 side streets as part of the “Bee Network”, a walking and cycling network covering 1,800 miles in Greater Manchester. However, rather than creating zebras with belisha beacons wired to the mains and zigzag markings, as required, he wants to create painted-only zebra crossings.

These ‘implied’ crossings cost only £300, rather than the £30,000 of a traditional zebra, and are common practice across much of Europe as well as in large retail carparks.

TfGM has written to the Department for Transport (DfT) to ask for the regulations to be changed and, in the meantime, has started an off-road trial, conducted by Transport Research Laboratory, to provide the evidence to the Highway Authority that the zebras are safe.

If the law was updated to allow the use of zebra crossings without the need for beacons or zigzag lines, this could be transformative. Councils could in one fell swish of paint make every side-street safer to cross for pedestrians at relatively low cost.

It would also facilitate continuous pavements as there would be no need to set the crossing back from the junction.

Fundamentally this ‘dazzle’ of zebras would help to shift the balance of power that exists between motorists and pedestrians where, instead of pedestrians crossing the road, it becomes cars crossing a pedestrian space. Drivers would no longer be able to assume they have priority on the road and would have to drive more slowly and carefully in urban areas and be much more mindful of vulnerable road users.

Bafflingly, this legal right of way for pedestrians does not apply to cyclists so all power to British Cycling’s ‘Turning the Corner’ campaign calling for a universal rule to give way when turning.

In October 2018, the DfT announced a review of the Highway Code which would cover giving pedestrians and cyclists the right of way at side roads. Transport planner Phil Jones has highlighted that this would enable traffic junctions to be less complex and more efficient similar to other countries in Europe.

This blanket painting of zebras and clear right of way for pedestrians and cyclists should be combined with a reduction in the national urban speed limit to 20mph.

Evidence from Europe, where this is the norm, shows that lower speeds reduce collisions significantly as well as the chance of serious injury or death. The Government’s own review shows that 20mph speed limits are supported by residents and drivers.

Enforcement could be enhanced with a speed camera lottery. In a pilot in Stockholm, drivers that drove at or under the speed limit were entered into a lottery where the prize money came from fines that the speeders paid. During the trial average speeds fell from 20mph to 15mph.

Other policy changes needed include a national ban on pavement parking, which would help some with mobility problems who struggle to leave their homes, and those with double buggies.

While London took action to tackle this 45 years ago and Scotland is currently legislating for a complete ban, the Transport Select Committee took the Government to task for its failure to act on this issue in England and recommended a full ban (with exemptions where necessary). A new civil offence could be created which could be enforced by local authorities. A ministerial decision on this is already overdue.

Last, but not least, let’s just ban parents dropping children off by car at the school gates. An increasing number of councils are doing this through traffic regulation orders or public space protection orders with good effect on how children travel to school, local congestion, air quality and popularity with residents.

However, for maximum impact, we need a change in national policy to give local authorities outside London the same powers to enable camera-based enforcement of moving traffic offences. This could help to banish the school run to history.

Lisa Hopkinson is an environmental researcher with more than 30 years experience in Hong Kong and the UK in the charitable, educational and private sectors. She has variously worked as a consultant, campaigner, political aide and researcher.