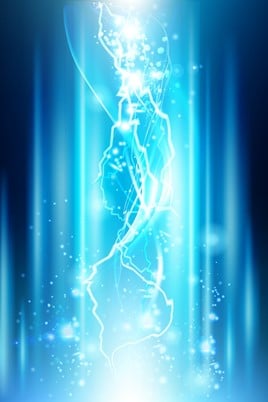 Sales of battery electric vehicles (BEVs) are increasing rapidly. In May, they were up 81% compared with May 2018, while year-to-date they have increased 60%.

However, the actual number sold remains small. So far this year, just 9,489 have been registered, accounting for 0.9% of the overall new car market.

This is out of step with reported interest in the technology.

A recent Fleet News online poll saw 21% of company car drivers say they were ready to switch to a BEV.

The level of interest in the retail market is even greater, with research from Close Brothers Motor Finance finding 39% of respondents are considering a BEV as their next purchase.

Vehicle supply "a hell of a challenge"

Why is the actual number of registrations so low?

The simple answer seems to be that supply of BEVs cannot keep up with demand with carmakers often citing battery shortages as the reason.

This is certainly the Government’s view, with Andrew Stephenson, under-secretary of state at the Department for Business, Energy and Industrial Strategy, claiming: “Vehicle choice and supply is currently a constraint on the market.”

Gerry Keaney, chief executive at the British Vehicle Rental and Leasing Association, described supply as “a hell of a challenge” for his members, adding: “We are seeing lead times of 12-18 month-pps, if not longer.”

Take Hyundai. It sold its entire 2019 allocation of Kona Electric models by March and has a waiting list of more than 2,000 customers, while Kia also quickly sold out of this year’s allocation of 1,000 e-Niro models.

“We are experiencing far higher demand than we planned for,” says a Kia spokesman.

Sourcing materials for batteries takes more time compared with internal combustion engines, adds the spokesman, and this situation has been exacerbated as global demand for BEVs grows rapidly.

Car manufacturers are investing heavily to ensure future battery supply meets demand but, in many cases, the industry is playing catch-up.

“When we launched Leaf, we thought we would sell bigger volumes more quickly, but it took a bit longer to get to the inflection point where volume really started to work,” says Roel de Vries, corporate vice-president, global head of marketing at Nissan.

“This meant investment in battery capacity slowed in the beginning.

“About four or five years ago more and more manufacturers and people started to see electrification as the future and the way to go. So, all of a sudden, the inflection point was reached quite quickly as volume started going up, but the battery supply is not there yet. It’s taking time.”

“Batteries are not a commodity that you can just buy from somewhere else,” he adds. “They are part of the development of the car so, it is not something you can switch on and three months later you have it.

“ are a relatively big investment and they take two years to come into play.”

However, not all manufacturers are reporting supply constraints.

"Battery supply not an issue"

Renault UK fleet director Mark Dickens, says: “Battery supply isn’t an issue that is currently impacting Renault electric vehicles in the UK. We have stock and adequate production capacity of the Zoe as well as Kangoo ZE and Master ZE.”

Carmakers are hoping to ease supply by signing agreements with battery makers. Nissan holds a 20% stake in Automotive Energy Supply while Toyota has signed a deal with Panasonic to develop and make lithium-ion, solid-state and next-generation batteries.

Kia has partnered two battery suppliers, LG Chem and SK Innovation. One produces batteries for the e-Niro, the other for the e-Soul. Kia says this will help balance production demand to alleviate bottlenecks.

“In the short-term, there is a limit to what we can do to counter shortages in essential raw materials and components for EV production,” adds the Kia spokesman.

Price and availability will also be key to future battery production levels and costs.

The cost of battery packs – which typically account for 40% of the cost of an entire EV – has declined by more than 70% in the past seven years, and KPMG expects this to further halve by 2030 due to technological developments such as cell chemistry and production scale economies.

Many analysts have identified price parity with petrol or diesel models as a key moment on the road to widespread BEV adoption.

Ian Plummer, manufacturer and agency director at Auto Trader, says there is a disparity between the cost of producing an internal combustion engine (around £1,000 to £2,500 per unit) and an electric powertrain (approximately £8,000 per unit), although PA Consulting predicts cost parity for diesel and electric cars as soon as next year.

It says it will take another eight years for parity with petrol.

However, these timescales are at risk.

At a conference in Washington last month, Sarah Maryssael, global supply manager battery metals at Tesla, warned that, after years of under-investment in mining, materials used to make the batteries could soon be in short supply. That could cause their prices to rise.

This warning has been echoed by mining industry experts. Yuen Low, metals and mining analyst at Shore Capital, says there is the “potential for a shortage” in some of the metals used in EV batteries.

A lithium shortage was possible, although companies were searching for the metal.

He adds: “There’s probably a bigger structural shortage of nickel. The consensus is that there will be a shortage of supply in a few years’ time.”

However, analysts at Barclays believe “the smarter carmakers have locked down raw material supply to the early 2020s”.

A further risk comes from the political instability of the countries that control the supply of cobalt and other minerals, warns scientific group Security of Supply of Mineral Resources (SSMR).

The group, which includes geologists from Exeter, Southampton and Leicester universities as well as the Natural History Museum and British Geological Survey, says more than 60% of the world’s cobalt comes from the Democratic Republic of Congo, where production controlled by Chinese traders partly relies on child labour and low pay.

Richard Herrington, head of earth sciences at Natural History Museum, said: “Having a choice of resources from countries closer to home or jurisdictions more aligned with free trade would be preferable because, otherwise, we could be held to ransom.”