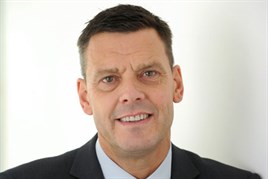 What’s the worst thing about running a fleet? Some fleet managers will reply: “The drivers!” They aren’t always joking.

Some drivers object to the carefully-planned choice list, demanding to know why their favourite brand isn’t on there.

They protest about being sent on driver training courses (after all, they already know how to drive).

And they continually phone the fleet department to book a service or report a problem instead of directly contacting their maintenance or leasing provider.

But, for fleet manager Graham Short, driver contact is one of the best things about fleet management.

When he switched from being an in-house fleet manager at Indesit to remarketing manager at contract hire provider Activa in 2011 he missed speaking to drivers.

And he found that being in a sales role didn’t sit comfortably with him.

“As a fleet manager you’re buying, whereas on the contract hire side you’re selling,” Short says. “My strength lies more with buying.

“It was a learning curve for me to see how things worked from the other side, but it wasn’t for me.”

A recruitment agency approached Short last year about running the fleet at Evander Glazing and Locks.

The company carries out work on behalf of major insurance companies and has to respond to emergency call-outs for property break-ins, which requires a fleet of vans.

Evander’s fleet had grown rapidly as a result of contract wins and needed an experienced fleet manager.

Short says that he “jumped at the chance to get back into fleet management”.

The role has also seen him take on property management.

He manages the building maintenance for the company’s head office in Norwich and its 20 depots around the UK, with support from a fleet co-ordinator and fleet administrator.

A number of relocations have meant that his time has recently been split 60/40 between property management and fleet, but it will now be evenly split.

Much of Short’s fleet focus has been on the company’s 280 vans rather than its 40 company cars.

It’s the opposite of his role at Indesit. There he was primarily responsible for company cars with limited involvement on the van side.

So what is it like being in charge of predominantly van fleet?

“It’s slightly less political,” he says. “Whereas the car drivers like to spec their vehicle with specific alloys or a sound system, the van drivers get a Ford Transit and that’s it, so it’s a bit easier in that respect.