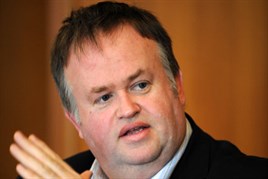 The UTL team has produced a number of driver hand-outs, such as a guide to achieving good fuel economy which explains the optimum gear change points and rev ranges for each of the vehicles.

“It gives them a good indication of how they should be driving,” Landy says.

“If they change gear at certain points they will always be in the sweet spot of the engine.”

“Generally when the fleet department rings the driver up it’s not to give them good news but we go to huge pains to make sure that it’s done in such a way that it’s an education piece as well,” says Landy.

“If the driver has got a fine we explain how it could be avoided.”

“It’s a platform for the drivers as well to let us know about issues they have,” says Landy.

The UTL fleet team attends all of Sky’s conferences and as many regional and team meetings as possible.

“We’ll go and tell the drivers what’s going on within fleet and listen to any feedback they’ve got,” Landy says.

“We find that when they’re in a smaller team – say 10 to 15 drivers – they tell you as it is whereas in a bigger group they might keep quiet.

“You hear more of the niggles and things that they don’t like so you can respond to those and put changes in place.”

Vehicles delivery is done in agreement with the driver at a time/place to suit them.

“We don’t just hand them the keys,” says Landy.

“Proper familiarisation takes place to show them how the features work, so that they can get the very best out of their vehicle.”