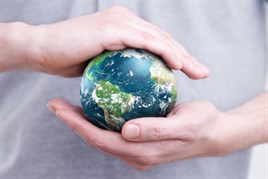 BT, which has been managing road risk for more than a decade, is a good example.

As a result it decided to offer family members access to an online training module ‘One More Second’, supported by discounted on-the-road defensive driver training.

More than 4,000 BT family members have logged onto ‘One More Second’ so far.

Organisations can join a number of safety groups and initiatives, such as Brake and its annual Road Safety Week and the Driving for Better Business campaign.

Bringing the road safety message into schools is a step many CSR-aware companies take.

Arval has conducted a crash re-enactment at schools and organised school quizzes with the Wiltshire fire and rescue service in Swindon.

Recently it teamed up with Michelin to host a Theatre in Education puppet show to two groups of over-16s at schools near its headquarters in Swindon.

The show features life-sized characters that tell stories and give some harsh statistics.

For example, being a passenger in a car is the highest cause of death for girls aged between 16 and 25 in this country.

It highlights the importance of individual responsibility and the dangers of peer pressure.

Scarr says: “The puppeteer tackles key messages in an edgy and memorable way which teenagers will relate to and will hopefully make them think about their own driving habits.

It is so important to make young people aware of the risks associated with driving and how to assess dangers effectively.”

Graham argues that drivers themselves have a role to play, particularly when it comes to road safety.

He doesn’t believe that employees should be “wrapped in cotton wool”.

However, drivers cannot be forced to take responsibility for their own actions, they have to be encouraged by the company, according to Graham.

“You have to make it interesting and part of the business culture so that people want to do it,” he says.

Scarr agrees that communication is important.

“Simple awareness is a great way of making improvements in performance,” she says. “Consistently explaining the benefits of good CSR practises to drivers can have a notable impact.”