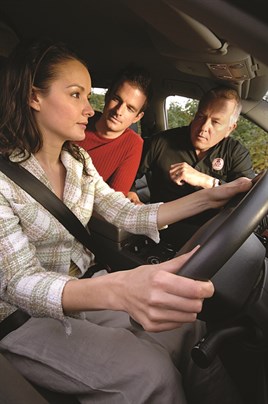 A major fleet has put its company car drivers through training normally used only by commercial vehicle drivers to improve their safety record.

It is believed this is the first time such training has been used to improve the risk profile of company car drivers.

The company also managed to secure Government funding for the training.

Reach, which has a 600-car fleet carrying out some two million sales visits a year, put 200 of its company car drivers through the Carriage and Delivery of Goods Level 2 National Vocational Qualification (NVQ) programme.

As a result, the accident rate of these initial drivers, who were selected for the NVQ because of their higher risk status, fell by 35%. When they have been involved in an accident, the costs have been on average £370 lower than those drivers who have not yet been trained.

Essential Risk Consultancy (ERC) which devised the programme, discovered that many of Reach’s company car drivers had accidents similar to those encountered by commercial vehicle drivers – often due to vehicles being loaded with product samples and sales material.

The majority of cars on the Reach fleet are MPVs that, when loaded, require drivers to primarily use door mirrors for manoeuvring.

“Our analysis of incidents revealed that many of the incidents at Reach saw visibility and awareness of the vehicles’ size as factors in the cause of the incidents,” Jeremy Hay, ERC managing director told Fleet News. “This is a pattern often seen among van fleets where loaded vehicles can have reduced visibility.”

ERC used this to apply for the NVQ funding from the Learning Skills Council to train the car drivers.

“With a combination of client and government funding we’ve been able to take Reach drivers through a highly targeted programme and it’s already bearing fruit. This is the next level of fleet risk management: employees in company cars required to go through the same professional health and safety training as goods vehicle drivers. The key is to use any initiative without interrupting the business or taking people off the road.”

However, with Government cutbacks, it is likely that only 200 of the remaining 400 company car drivers will get funding.